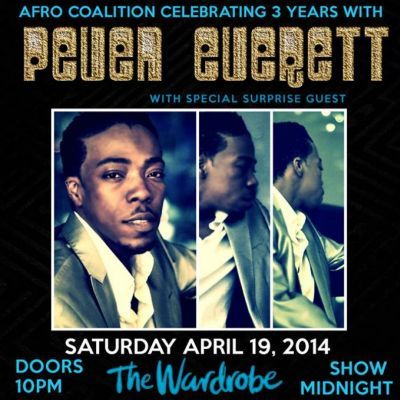 Chicago legend, prolific writer, performer and producer “Peven Everett” will be jetting in to the UK for one of his most intimate performances to date at The Wardrobe Leeds.

Peven will be presenting some brand new songs from his forthcoming album “Man vs Machine” expect to hear your favourite songs in ways you’ve never heard them before.

Peven Everett is a singer songwriter and multi-instrumentalist from Harvey outside of Chicago. His career began with a phone call from Betty Carter and an invitation that would forever change his life. In his teen years he left Chicago land for the Big Apple and Carnegie Hall after prodigy status. During his residence in NYC he was in the Jazz Ahead Program as a Trumpeter, and was elected by Betty to be a musical director for the Reed Sisters. Peven also played with a long list of elite musicians including Wynton and Branford Marsalis, Yoyo Ma, Jackie Terrison, David Sanchez, Brain Blade, Elu, Marc Cary, Greg Hutchinson & Curtis Lundy.