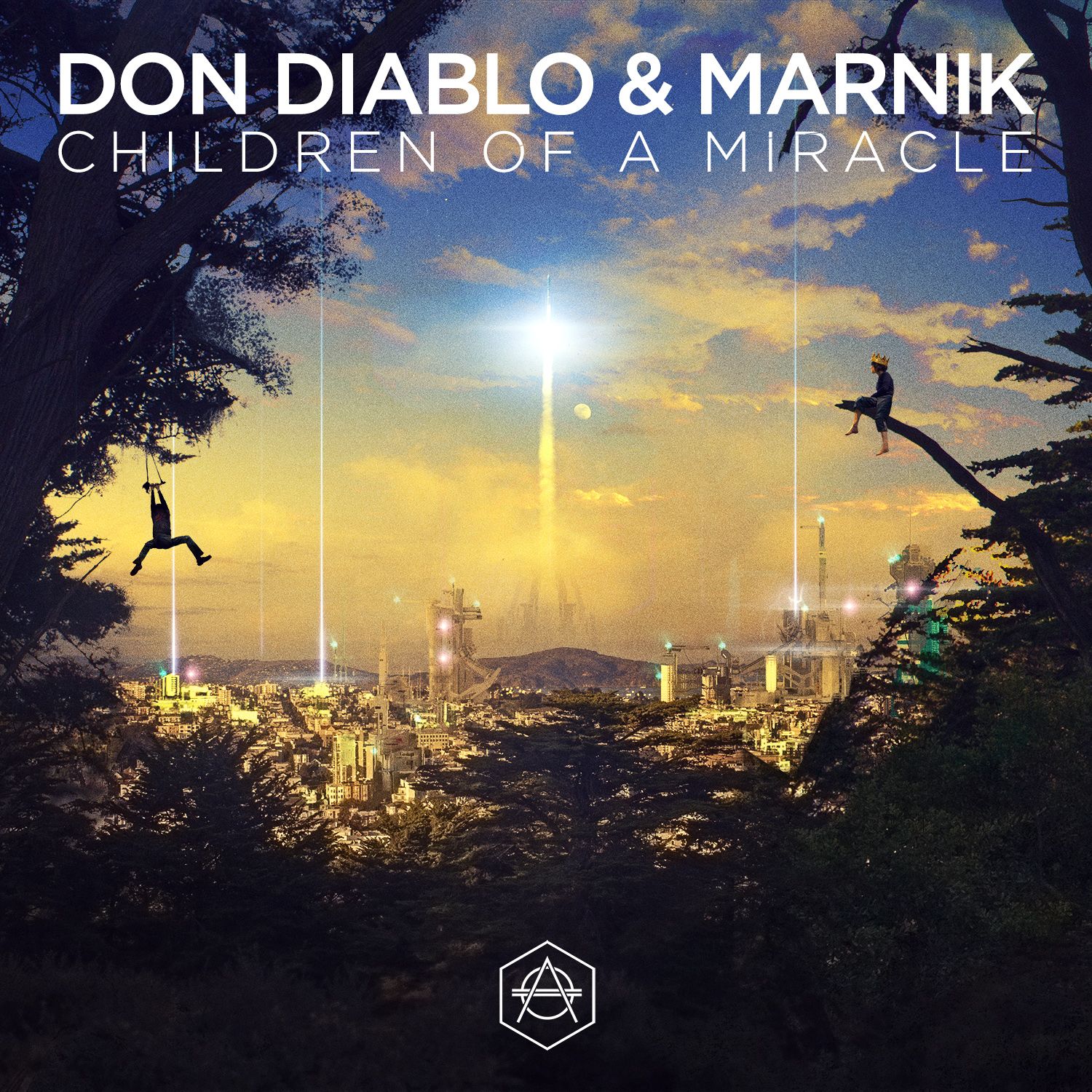 Dutch DJ/producer Don Diablo, known for his work with the likes of Tiesto, Steve Aoki, Madonna, Ed Sheeran and Rihanna, to name but a few, has scored a slew of dance music hits on Beatport with records such as On My Mind, Universe, Anytime, Chemicals, and Cutting Shapes. Now, he announces his new collaboration with Italian duo, Marnik, Children of a Miracle, released via Island Records.

Don Diablo, whose recent single What We Started racked up 18 million streams on Spotify, is also working on his forthcoming artist album. But for the moment it’s all about the new single, Children of a Miracle, which features Galantis’ singer Reece Bullimore on vocals delivering a powerful and uplifting message that reflects Don’s own rise in music:

“This song is about being able to have big dreams when you grow up. Sometimes you are capable of more than you think. Deep down inside we are all still kids and we should grow up following our dreams, even though they seem far away at times… miracles DO happen.” – DON DIABLO

Already a superstar DJ in his own right, racking up 250 live shows per year, Don Diablo has climbed his way to the top of the dance music tree in just a few short years – hitting #15 in this year’s DJ Mag Top 100 poll (up from #80 in 2014’s vote). A complete self-starter, with his own Hexagon record label and radio show alongside a relentless studio and touring schedule, Don Diablo’s commitment to his career and his perseverance are an inspiration to anyone wanting to crack the music game.

While his records have been flying off the virtual shelves, Don Diablo’s live show has travelled to the biggest and brightest festivals and main-stages the world has to offer. Everyone from Tomorrowland, EDC, Creamfields, Mysteryland, Lollapolooza and Ultra has played host to his energetic performances, while his own 2016/17 headline artist shows across the UK, US and EU were completely sold out, thanks to his legions of loyal Hexagonian fans.

Don Diablo & MARNIK – Children of a Miracle is out now.