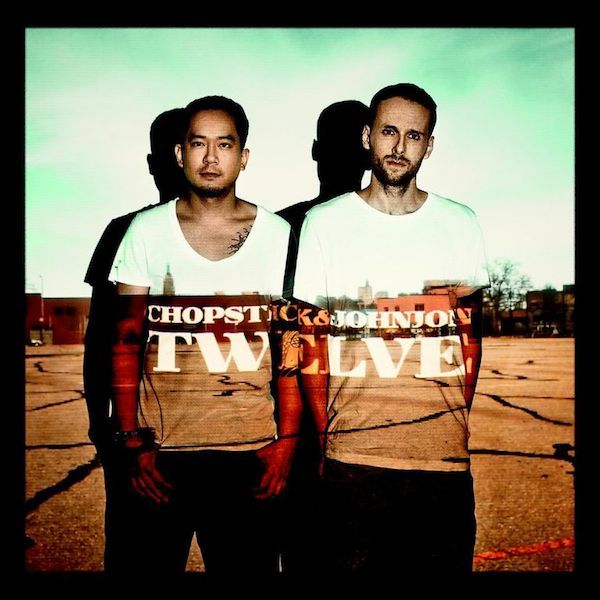 Good things take time. For listeners out there who still need convincing, quality time with Chopstick & Johnjon’s debut album, ‘TWELVE’ is in order. That’s right. An entire album! Despite being busy these last few years tackling market demands with EPs and remixes, they’ve finally managed to put out a full-length opus.

And what an album it is! This is an album that lets the ever-changing winds of house music blow right on by, and, through what felt like years in the making, has developed a vibrant tonal language that will continue to tell new stories after stories for years to come. During the final Berlin studio sessions last winter, and it was the only way to get through winter, these arrangements fanned the embers of our “suols” into a healthy glow, helping us survive the cold and grey outside. It’s an album that focuses on song over track, skillfully pleasing listeners without simply fixating on maximum floor effect.

Besides its ample fruition time, the album’s second most important ingredient is the voice of Chris James, a London-based singer and musician, who often releases music with his band Stateless on !K7 and Ninja Tune. Rumour has it that a list of preferred candidates for vocal features circulated through the studio when recording began. That list was quickly crumpled up and thrown into the studio’s trash bin the second James’ soothing vocals took flight.

Ultimately, the studio recording session proved so intuitive and natural that James’s heart-warming vocal lines and harmonies are featured on eleven of the twelve album tracks.

The magic blooms on the album’s opener, ‘Run Slowly’, a dance composed of key riffs and guitar harmonies suspended beneath a canopy of reverb. The moment it starts, the song establishes an organic pulse that beats through every track. ‘Comets’, a song driven by repeating notes, makes an unmistakable statement when it comes to catchiness. On ‘Twisted’, a Rhodes-infused slow-jam co-produced by Tanner Ross, James’s voice seems to take on the character of a lusciously soft blanket. (Ross also grabbed a seat at the control board for ‘Nothing Yet’.) Album single ‘Pining Moon’ is a born hit whose strains of softly plucked acoustic guitars and a prayerful cello, making it perfectly for moon gazing. ‘Dissolving Spaces’ is a small wonder of strumming bass and cello, a range of filters and a crisp beat framework. And then there’s “Roots”, which many listeners are already familiar with from a previously released EP.

This is one of those albums that takes your emotions on a journey right along with the sounds; no matter how often you find a favourite song, there’s another track you can’t stop humming to waiting to take its place. This is the mother load we’ve all been waiting for – an entire universe of sound for the existing Chopstick & Johnjon discography. A universe with a gravitational pull that is impossible to escape or ignore.