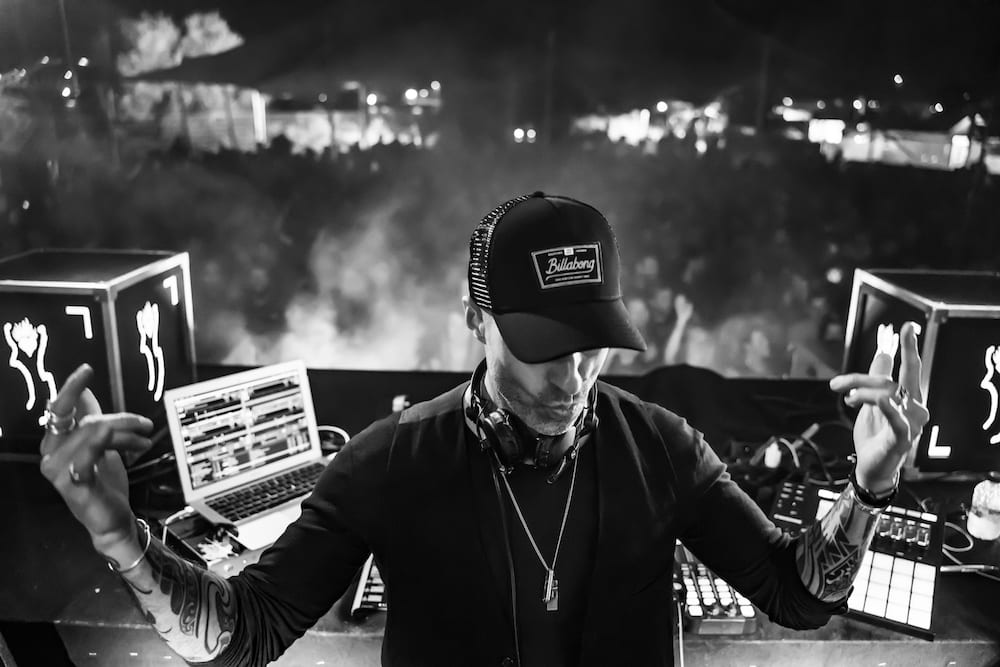 On the 8th September, 3000 fans flocked to the secluded location of Kaap Oost Amsterdam on Zeeburg Island to escape from the city and celebrate the release of Chris Liebing’s second album ‘Burn Slow’. At the truly one of a kind venue, the doors were open from 1pm and Chris performed an outstanding 10 hour set where he played some of the ‘Burn Slow’ records for the first time. Following this, the party onto local club Shelter for an after dark session and another sell-out success.

The All Day Long event was an incredibly special day for Chris as the intimate feeling and lovely atmosphere allowed him to connect with fans from across Europe and beyond. There was a personal connection which is often missed on busy worldwide tours with moments of conversation and record signing with fans were met with surprise gifts given to Chris. Around the site, the Loveland team built stunning stage production which was married with the picturesque landscape of the river and vast open land.

‘Burn Slow’ is Chris Liebing’s stellar second coming and marks his debut on the British label Mute. Featuring vocal contributions from Gary Numan, Miles Cooper Seaton, Polly Scattergood, Cold Cave and Aleen, the album sees Chris seek out new harmonic territories whilst retaining the framework of the techno beats that he has dedicated his life to. The key concept of presence – the idea that everything is happening in this moment, and that everything in the past is mere memory – form the thematic backbone of the record. It’s something Liebing got in touch with via the philosopher Alan Watts, not to mention decades of getting entire dancefloors lost in the present.