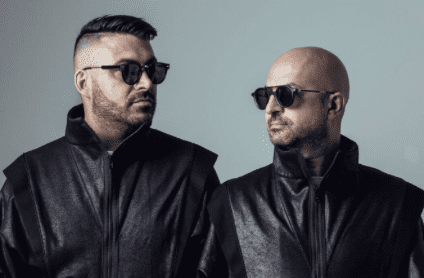 One of Italy’s most exciting dance exports, Neverdogs have announced the launch of their brand new label, Bamboleo Records. With the duo performing at BPM Festival later this month, the first Bamboleo showcase will take place on 23rd September, featuring sets from Sebastian Ledher (Play Groove recordings, Bush Records), II FACES, Matteo Gatti and Nour – who are releasing with the label in the coming months.

Made up of Tommy Paone and Marco De Gregorio, Neverdogs have recently concluded their 7th consecutive season at Marco Carola’s ‘Music On’ residency at Amnesia, with the duo also embarking on South American tour ahead of the upcoming release of the pair’s ‘Details’ album.

A 13-track production which showcases the diverse and vibrant production skills of the pair, ‘Details’ follows Neverdogs’ recent ‘Go Like This’ EP, with the tour also seeing the duo touch down in Mykonos, Fabrik in Madrid, Bali Indonesia, Italy, and Romania.

Known for their highly tribal and Balearic approach, Neverdogs offer sumptuous slices of electro synth-wave in their dynamic live shows. Having previously closed the BPM Festival in 2014 alongside Marco Carola and Joseph Capriati, Neverdogs continue to innovate, curating their ‘It’s All About the Music’ radio show, ahead of their album reveal performance at Amsterdam Dance Event.