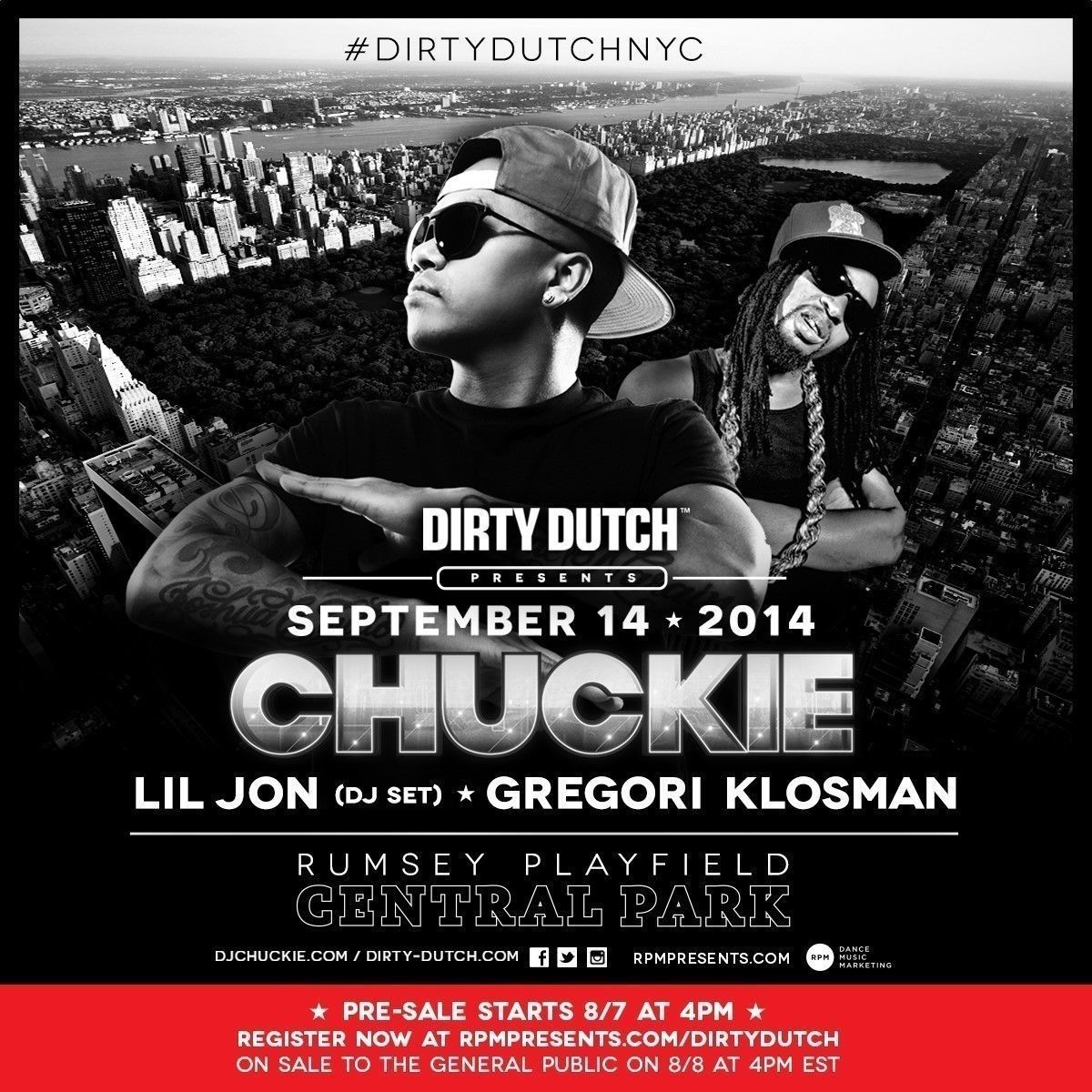 Today, Dirty Dutch, a global leader in dance music and events across the world has announced plans of their massive Central Park, NYC takeover on September 14, 2014. Teaming up with NYC-based RPM, the show promises to be a next-level playground of new production elements, music and experiences, featuring Chuckie, Lil Jon and Gregori Klosman. And Central Park will  never be the same.

Dirty Dutch is helmed by superstar DJ and production powerhouse, Chuckie. A global icon in the dance music space already, Chuckie has championed his Dirty Dutch musical style into a thriving industry that people recognize and respect the world over. Tirelessly working to open doors for new artists and using the brands success as a bridge to other genres (rock, rap); Chuckie has begun a revolution that reverberates across all musical persuasions. He continually blurs lines on what can and can’t be and this way of thinking and doing business has elevated Dirty Dutch into more than just a brand. In today’s world, Dirty Dutch is realization of electronic music’s power, prestige and limitless promise.

” Dirty Dutch in Central Park NYC! What can I say?! When I started DD little did I think that one day I would be lucky enough to perform in such an iconic location, massive tick off life’s ‘to do list’ and we’re going to make sure we bring the noise ”  -CHUCKIE

Rumsey Playfield in Central Park is the setting: fast becoming one of New York’s favorite places to party. Continuing a long and successful track record of events staged by Dirty Dutch & RPM, and always seeking to be the most upfront in everything they do, expect a wide array of sonic, aural and production elements that have been meticulously tailored for this event. Perhaps, even a few surprises that have never been seen before.

“Ready to go all out with my Dirty Dutch cousin DJ Chuckie in Central Park! I got some surprises for NYC in my back pocket.” -LIL JON

To say this event it is not to be missed would be an understatement. It’s a must attend for anyone tired and bored of the ordinary DJ set, those who now require a higher degree of stimulation.