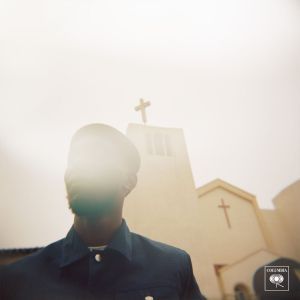 Making a name as one of dance music’s most versatile acts, Paul Woolford keeps reinventing himself and pushing the boundaries, maintaining a hectic global tour schedule playing key clubs globally such as Panorama Bar, Fabric, Warung and D Edge in Brazil.

Capturing the imagination of DJs across the board from Ivan Smagghe to Ricardo Villalobos, The Chemical Brothers, Richie Hawtin and DJ Hell, to Francois Kevorkian, Laurent Garnier, Trevor Jackson and Erol Alkan, he has since appeared across international media including the cover of DJ Mag and gained huge support from legendary BBC Radio 1 broadcaster Pete Tong on his 2018 hit, ‘Hang Up Your Hang Ups (The Only One)’.

The original ‘Church’ track is a rhythmic release packed with strong gospel elements and a vibrant melody, which showcases Samm’s penchant for the upbeat, fusing soul-led hooks with his highly personable characteristics.

Tipped as One To Watch in 2019 by YouTube, The Independent, Metro and Blues & Soul amongst others, Samm has already amassed radio support from heavyweights such as BBC Radio 1, 1Xtra, Beats 1, and Capital Xtra.

‘Church’ follows the fast rising artist’s sold-out headline show at Scala in October. The energetic show also saw a guest appearance from UK rapper Wretch 32, performing alongside Samm for their collaborative single ‘Doubt’, which 1Xtra added to their playlist at the end of last year.

With a firm grasp on his identity, both musically and personally, the UK star hopes to inspire those around him, with his biggest headline show to date taking place at Electric Brixton on 16th May. (Tickets available here.)

Adding a slick dancefloor feel via his vintage chord patterns, Paul Woolford’s remix of ‘Church’ is out now!