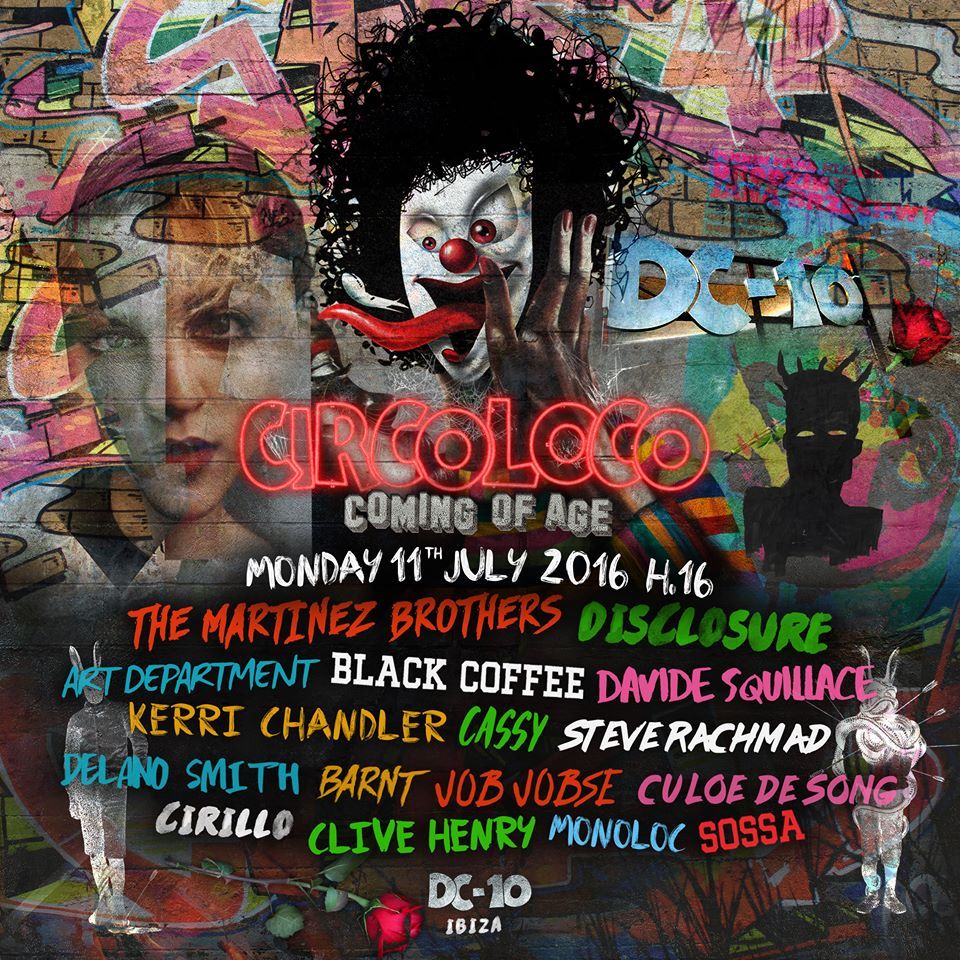 Circoloco at DC-10 is about as mythical as it gets in modern clubland, in 2016 celebrating the party’s ‘Coming of Age' as it enters its 18th consecutive season of events in Ibiza. Every Monday from 4pm until near dawn the next day, the infamous club at the end of the runway hosts a mini-festival with 3 music areas and up to 20 artists each week.

Renowned for being a champion of only the most credible artists and long recognised as having the most diverse booking policy in Ibiza, Circoloco showcases acts from right across the electronic music spectrum. Monday July 11th sees that policy at peak with debuts at Circoloco for the likes of Disclosure and Job Jobse, during a 2016 that includes John Talabot, The Black Madonna, Jennifer Cardini, David August and Bambounou amongst many other new faces. Many of these artists will be hoping to follow in the footsteps of DJs in the league of Black Coffee and Kerri Chandler – both appearing on July 11th also – who have grown to become permanent fixtures at the club over the last few years.

The Circoloco resident DJs are the backbone of the party, with up to 20 artists considered as such within the family including Seth Troxler, The Martinez Brothers, Matthias Tanzmann, Davide Squillace, Cassy, Tania Vulcano and Damian Lazarus. Others such as Ben UFO, Adriatique, Steve Rachmad, Art Department, Gerd Janson and Jackmaster have rapidly been adopted as party regulars, showing the width of musical taste on offer at the club; so too, proving the support that is consistently given to nurturing and giving opportunities to talented artists.