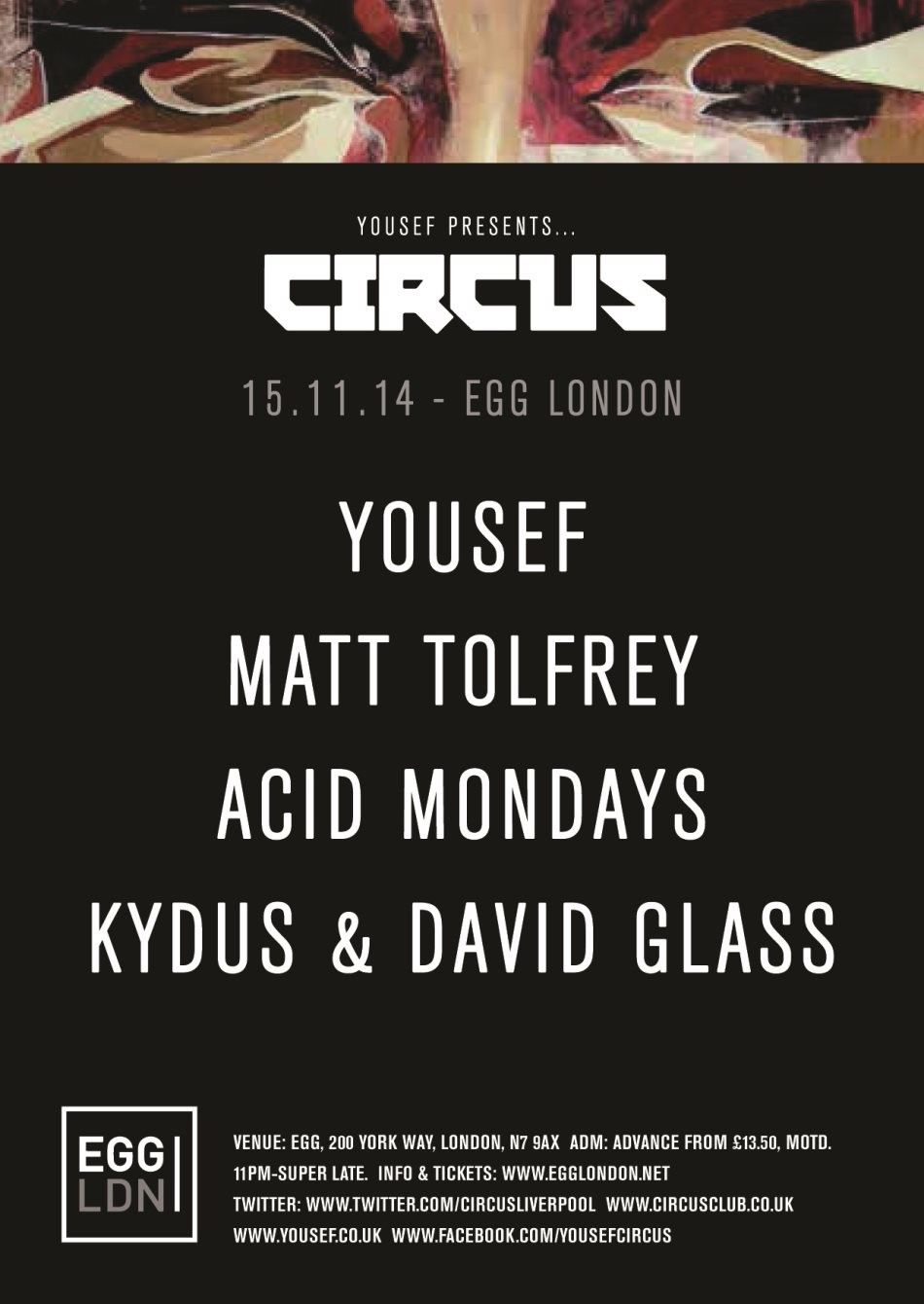 Yousef has been drawing in crowds to his legendary Circus parties for over a decade. The Circus boss is joined by Matt Tolfrey and Acid Mondays to celebrate a huge show at EGG London.

Leftroom label boss Matt Tolfrey is welcomed by Yousef to what is certain to be another prolific chapter in the Circus party series. Tolfrey’s experimental blend of house and techno has deservedly cemented him in Resident Advisor’s Top 100 DJ poll for the past several years. With a monumental career that has seen the British born DJ hold residencies at some of the worlds most famous clubs such as The Verboten, Matt Tolfrey is one of the most eagerly anticipated artists to watch at EGG on November 15th.

Bursting onto the international scene over the last 2 years, DJ duo, Acid Mondays have had a string of notable releases. Their debut EP’s released on ‘Illusion Recordings’ in 2013 have been recognised and praised by the likes of Tini, DJ Sneak and of course, Yousef. Captivating audiences with mind-altering techno and hallucinogenic house, they are certain to leave the dance floor wanting more.

Circus Recordings family member and emerging Ibiza name Kydus will also be playing, just days before his forthcoming EP ‘Free Spirit’ drops on the label. The release has been going down a storm with Yousef dropping it to crowds across the globe, marking yet another success on the Circus imprint for the young talent.