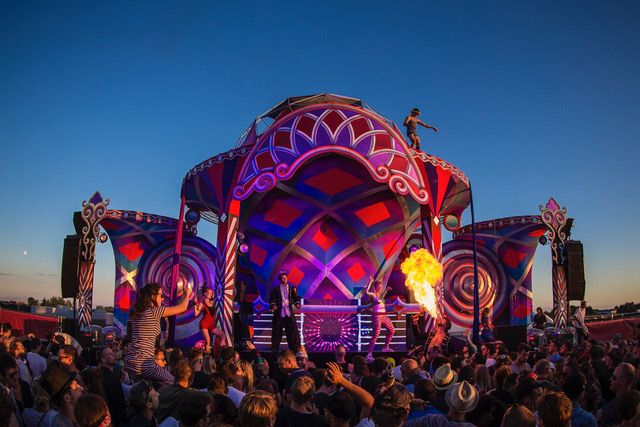 The spectacular Cirque Magique returns for a much anticipated fourth edition on August 3rd, 4th and 5th 2018 at Ledegem, Belgium. There is no other festival like this one, which is a unique celebration of magic, frisky clowns, circus culture and wonderful creatures soundtracked by house and techno’s biggest names.

Cirque Magique is an immersive world that really captures your imagination and makes you forget your daily troubles. It is an enchanting pop-up village where anything is possible: enjoy the mysterious Imaginarium stage, discover the theatrical Circodrome and watch how the romantic Kaleidoscope will be flirting with your wildest dreams, while South-Africa’s Artescape Collective will decorate the stages in fantastical ways that create a true fairytale world.

At Cirque Magique, the public are not only spectators but also get to put their own mark on the festival as they will be able to participate in  properly interactive acts and workshops because this is an event ‘from the people, for the people’. As always, the festival will be filled with countless circus performances, fire-breathers, acrobats and stilt walkers dressed in the most amazing costumes, carefully designed by Circodans.

Cirque Magique cater for bicycle riders coming to the festival for the day and operate a cashless paying system, whilst food-wise only the most quality products are on offer including authentic and artisanal dishes. What’s more, children between five and 12 years of age will be able to explore a specially designed area, for free, as well as explore a world of circus fun in an educational and playful manner by participating in crazy animations, cool workshops and breathtaking acts, also taken care of by Circodans.

Now recognised around the world for being a truly fantastically, interactive and immersive experience with a world class sound track, Cirque Magique 2018 promises to be bigger and better than ever before.
Event: www.facebook.com/events/328095500950182
Tickets: www.cirquemagique.eu/tickets-shop