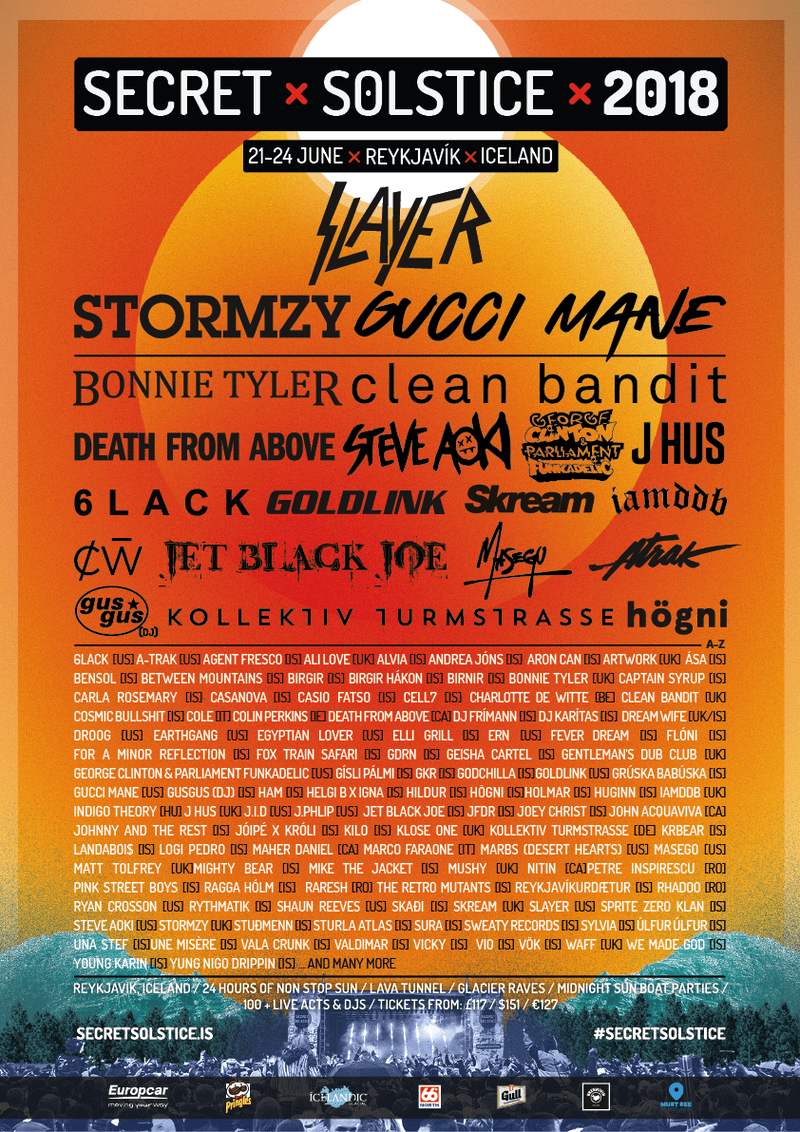 Approaching a 50 year music career, George Clinton and Parliament Funkadelic’s influential sounds helped lay the foundation for generations of artists in genres ranging from funk and psychedelic rock to hip hop and R&B. With a new album on the horizon, attendees can be assured that these legends will “Give Up The Funk”. Originally an avant-garde collective of mixed artists, founding member Biggi Veira of GusGus will perform a highly-anticipated homecoming DJ set featuring their magical soundscapes. Fans of Solomun’s Diynamic will be pleased to catch members of the label’s family Kollektiv Turmstrasse who are known for their cinematic take on 4/4 electronica. Adding to its already impressive list of dance music performers, fans can also catch sets from vocalist Ali Love, J.Phlip, MARBS (Desert Hearts), Marco Faraone and up and comers DJ Karítas, Indigo Theory, Mushy, Icelandic techno label Sweaty Records and frequent collaborators Mighty Bear and Skaði and more.

With the opportunity to experience truly one-of-a-kind side events during 96-hours of continuous sunlight, Into The Glacier and The Lava Tunnel and the chance to party like a God with its luxury ticket options, Oðinn and the Package of the Gods, Secret Solstice is the perfect pick for festival and travel enthusiasts. Easily accessible from North American cities with direct flights starting at $150 USD, dancing at Secret Solstice and seeing sights like the Blue Lagoon, Game of Thrones filming locations, Hallgrimskirkja, and epic waterfalls in the ‘Land of Fire and Ice’ has never been more accessible.

Tickets to Into The Glacier on June 23rd are on sale now for $318 USD via http://secretsolstice.is/side-events/