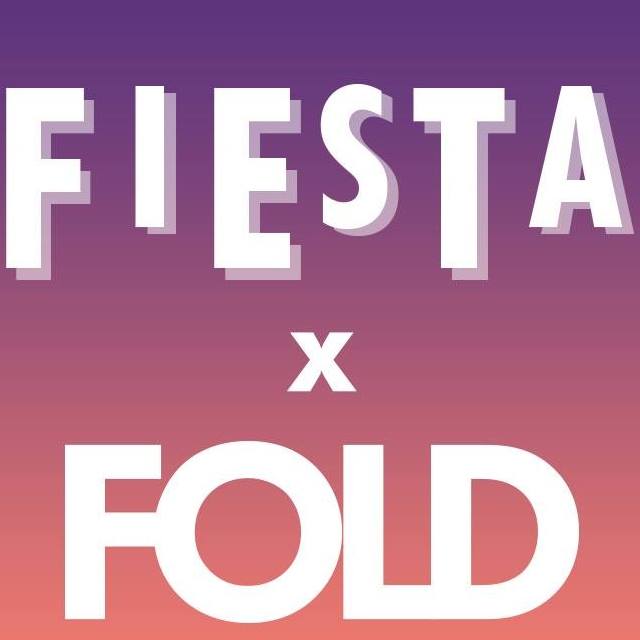 With 30 years of critical acclaim and a Grammy Award, American trip-hop legends De La Soul need little introduction. Since their inception in 1987, they were at the forefront of a new frontier of hip hop, with music laden with jazz oddities, creative wordplay and positivity. Their live shows are a force to be reckoned with, festival goers are in for something special.

The Godfather of neo-soul and award winning artist Roy Ayers is a living legend. His best loved hits include We Live in Brooklyn Baby and Everybody Loves The Sunshine. A self-confessed man of the road with a renowned live show, he has to his name no fewer than 91 albums. He also has the distinction of having more hits sampled by rappers than any other artist! With cool-vibe breaks and punchy funk basslines, his performance will get the party started and certainly be one to remember.

Fiesta x FOLD Festival have pulled together an incredible line-up with an international cast of artists for what is set to be the biggest party of the summer! Joining Nile Rodgers & CHIC as co-headliners on the Saturday are the legendary Earth, Wind & Fire and The Pointer Sisters. With De La Soul, Roy Ayers and Craig Charles Funk & Soul Club also playing.

On the Sunday the critically acclaimed and multi-award winning Scottish singer-songwriter, Emeli Sandé, co-headlines with Nile Rodgers & CHIC. Joining them in bringing down the house will be UK electropop icons Goldfrapp and also Laura Mvula, Morcheeba and Ana Matronic.

And to top it all off, Huey Morgan will be bringing his now legendary NYC Block Party to the Fiesta x FOLD. The Fun Lovin’ Criminal’s frontman will headline the Block Party stage at this year’s event which will feature an incredible line-up of international funk, soul and disco DJ’s, bringing a little bit of New York to Glasgow.

A wide range of tickets for the event are on sale now, including VIP and Family tickets. The event has also announced a ‘pay up scheme’ allowing music fans the opportunity to split the cost of their tickets over two instalments. Further festival announcements coming soon.

Tickets on sale now and available from www.westendfiesta.co.uk

(One Adult + one child 11 – 16 years. Children under 10 go free. However, you must order a CHILD ticket when you purchase your own. There are a limited number of these tickets and failure to order this ticket at the point of purchase will result in no entry to the event.