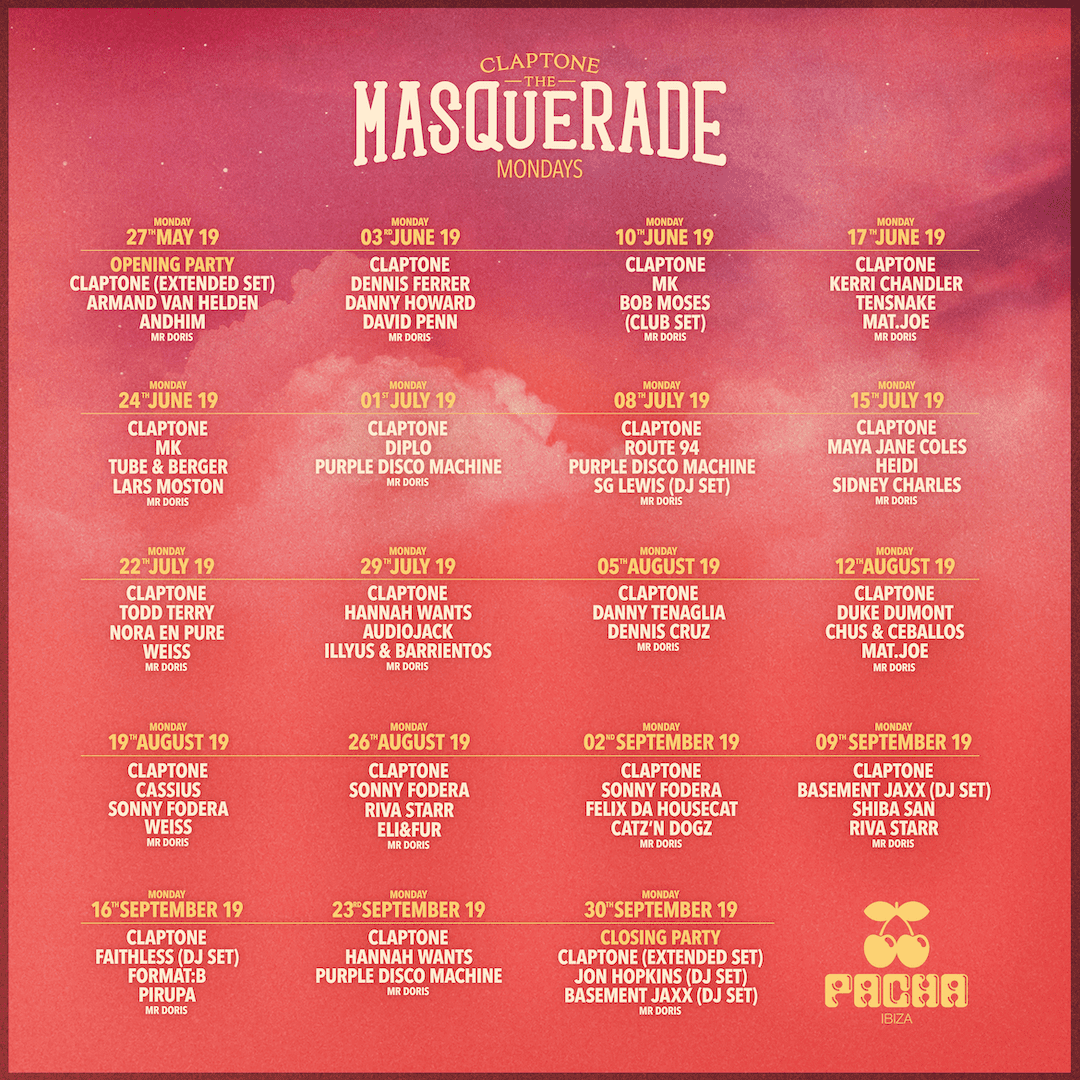 Enigmatic DJ and producer Claptone has announced the full list of weekly lineups for his debut Ibiza residency ‘The Masquerade’, with a host of high-profile new names added to the 19-week run.

Jon Hopkins, Maya Jane Coles, Faithless (DJ set), Route 94, SG Lewis (DJ set), Catz ‘N’ Dogz, Format:B and Lars Moston have all been added to the programme, with the residency promising a unique combination of magic, mystery and intrigue. The grandiose party concept kicks off at Pacha Ibiza on 27th May, with Andhim and New York house legend Armand Van Helden scheduled to play, as well as an extended set from Claptone himself.

Further highlights include two appearances from the legendary MK on the 10th and 24th June, global superstars Diplo and Purple Disco Machine playing on the same billing on 1st July and house icon Danny Tenaglia performing on 5th August, Grammy-nominated producer Duke Dumont on 12th August, as well as a rare DJ set from Faithless on 16th September. The closing party on 30th September looks poised to be a similarly raucous affair, with Jon Hopkins returning to Ibiza for an exclusive DJ set, and further sets coming from Claptone and UK legends Basement Jaxx.

“The Masquerade at Pacha Ibiza will represent my vision of the perfect night out: house music and beyond, interpreted by a carefully curated line-up of unique artists that I admire, and that I feel share the same sentimental connection to music. I invite you once again into my world, this time bigger than ever” says Claptone.
Originating in 2016, Claptone has previously taken the immersive party brand everywhere from Sydney to New York, London and Miami, as well as their own arena at Belgium’s Tomorrowland. 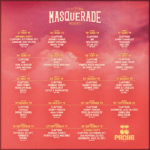