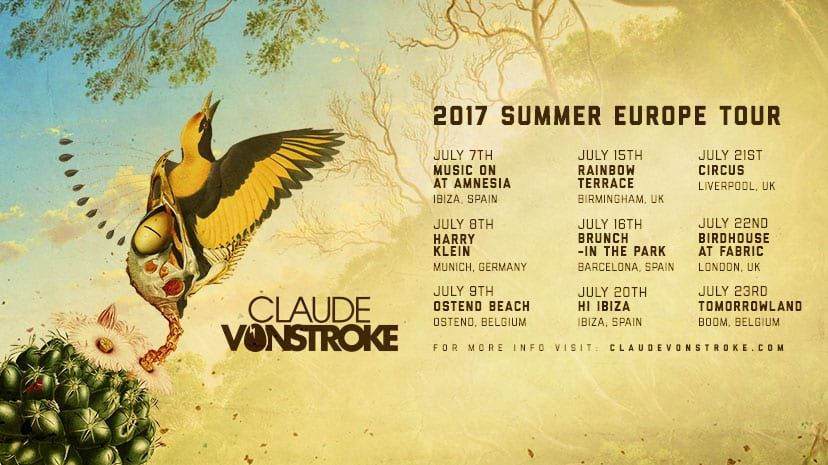 Dirtybird boss Claude VonStroke aka Barclay Crenshaw has announced a heavyweight touring schedule for July with an extensive tour across Europe.

Claude will be kicking off his month-long tour with his debut at one of Ibiza’s most prolific techno parties, Marco Carola’s Music On at Amnesia. He’ll also be playing at newly-opened Hï Ibiza at their In The Dark residency.

Von Stroke’s overdue return to Fabric’s will be one of his own curated Birdhouse event series on 22nd July. Alongside label mates Catz N Dogz and Weiss, Claude will be bringing his energetic sound to Farringdon for an unforgettable night in Room  One.

A tour filled with many firsts will be coming to an end on the Claptone stage at Tomorrowland, Belgium where Claude will be playing alongside a diverse selection of peers including Black Coffee, Pete Tong, Booka Shade and Eli & Fur.