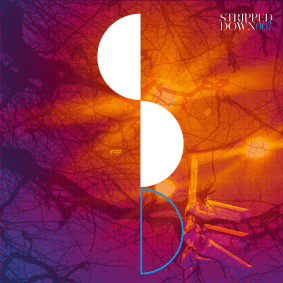 Ricci has spent his life in dance music and all those experiences very much infuse his musical work. He has played major clubs like Space and Monza, hosts his own Ibiza Global Radio show and has put out his music on labels like Compost, MoBlack and Sudam. This eclectic but groove focused label is his latest concern and has very much turned heads with its first few fantastic releases.

This is another gem that features Ricci’s ‘Enkiyama’, a slow burning, patient techno track with real synth elegance. The futuristic vibes come from deft keys and pads and will lead to some spiritual moments in the club further helped by some ghostly female vocals that appear midway through.

First remixers are Tiefschwarz, the enduring German duo who have brought their own spin to tech house over the last 15 years. Their brilliant version brings the sort of edgy darkness to the track that you would expect of the vital veterans. It has a rising sense of tension from the lead synth and a cavernous feel that really draws you in.

Connected’s groove specialist Florian Busse then steps up with one of his expertly afro tinged efforts. The loose, jumbled drums speak of ethnic influences and the whole organic track is perfectly deep and moody as a result.

Last of all, West & Hill is a Dutch artist making moves with his exquisite, synth laden sounds. His tasteful rework is filled with melody that builds in layers and slowly but surely lifts you off your feet and into a zoned out state.

These are four deeply moving and timeless tracks that exude real class and mark another high point for both label and artist.