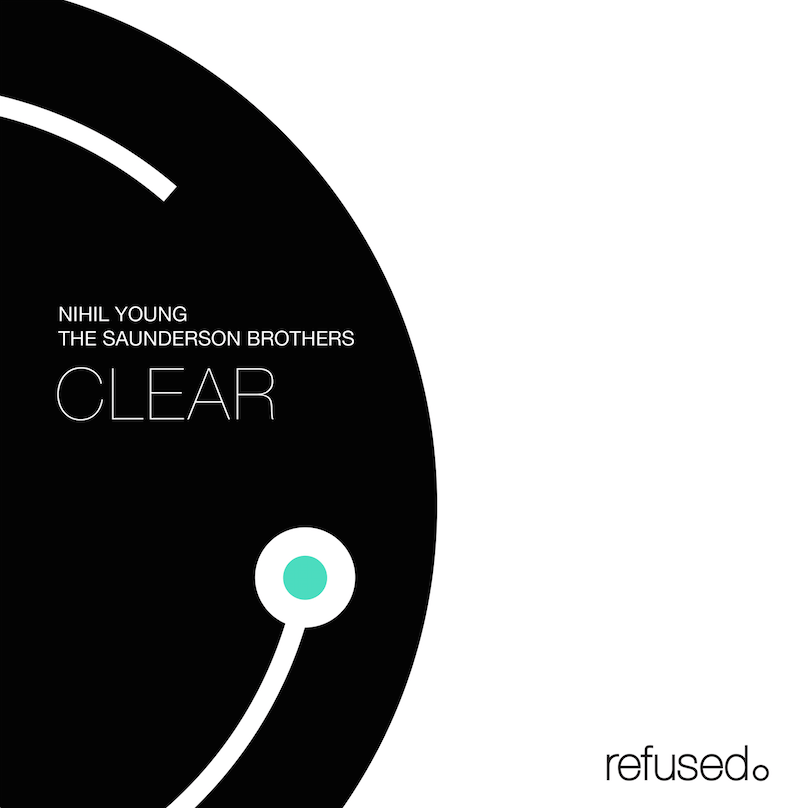 Detroit prodigies and descendants to techno legend Kevin Saunderson – The Saunderson Brothers make their refused. debut. Teaming up with Italian DJ/Producer Nihil Young (Frequenza),  the trifecta get experimental in the studio and create a masterful 2-piece progressive techno EP titled “Clear” to be released November 24th, 2015.

Nihil Young has been a reoccurring name to the refused. imprint and has seen impressive success in the past year. One part of The Saunderson Brothers – Dantiez Saunderson released his first EP “Deep Something” in May on refused. and is thrilled to return with brother Damarii to release “Clear”. Just entering the scene as a techno duo, Dantiez and Damarii prove that techno runs in their blood.

The title track “Clear” is a nice and smooth progressive techno piece. It’s combination of strong, pronounced kicks and a low rumbling bassline keep a consistent groove through to the end. The song continues to bring in new elements, maintaining a constant progression. This is further accented by the fast hi-hat patterns that maintain a consistent energy. In “Golden Teach”, the song starts off with a simple, clean kick and clap, which continues throughout the track creating nice momentum.  The track has more of a mellow groove, keeping things moving with a variety of snare drums, effects, sizzling percussion and a droning vocal sample.
ABOUT NIHIL YOUNG

Since 2008, Mattia Marotta, a self taught 20 year old music lover, has been very busy delivering a remarkable amount of production and remixes for his many top artists and labels. He’s helped changing and evolving the rents in House Music, Minimal and tech House, writing and engineering top selling tunes for is own Frequenza and Frequenza Limited, Definitive Recordings, 1605, Ultra Music, Armada, Universal and- just recently- Atlantic Records.

Discovered by iconic figures such as Umek, John Acquaviva, Fergie and Spektre to name just a few, he delivered the now class “Good Music”tine, with Dan Diamond and John Acquaviva, which-being on Beatport’s Top 5 for 4 months- became a Techno top seller of 2011 and got nominated as Beatport’s Techno track of the year.

In 2014 he keps on delivering massive club hits like “Unreal” and “Peeps” on Definitive Recordings- which got an incredible support from Mark Knight, Mr.White(Sensation( and many others- and another collaboration with John Acquaviva titled “Rockdafunkybeatz”, and featuring remixes by Olivier Giacomotto and Simon Doty, as well as releasing his debit LP “Decay” on his own label Frequenza.

Although best known as Nihil Young, Mattia secretly creates his side project Less Hate in late 2012, debuting together with Valentina Black, on Georges Morel’s Groove On Records and Get Physical Music Group’s Kindisch, as well as the class new York Street Sounds label.