Close Encounters Of The Third Kind With Tentendo

Close Encounters Of The Third Kind With Tentendo

Sitting on a slew of hard-hitting singles, including ‘Thoughts’ feat. singer-songwriter Vetta Borne among others, Melbourne-based Tentendo returns with fellow Australian vocalist Jordan Dennis on a new gem titled ‘Function’ – a teaser of his forthcoming EP out in the first half of 2022.

He explains about the track:

“It’s probably the most high energy bit of music I’ve made. It’s a fat groove and a bit of fun. Something to dance to/work out to”

‘Function’ was released with its wacky and delightfully bizarre short directed by 76M Films. One of a kind, this one comes as the first in a series of visuals, where we follow the story of an alien in his journey to find acceptance & understanding – letting dance lead the way. To be continued. 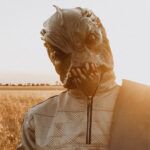