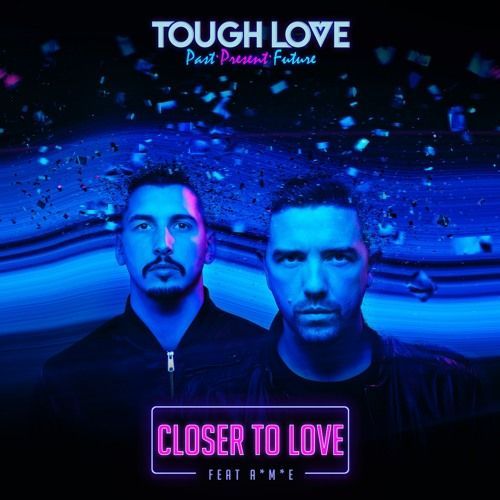 Following Tough Love’s acclaimed singles ‘Lose My Mind’, ‘Like A Drug’ and ‘Animal’, ‘Closer To Love’ proves why the duo are regarded as one of the UK’s most prolific dance acts, thanks to the perfect fusion of garage, bass and house to deliver a brilliantly catchy, uplifting track that was made for summer parties.

‘Closer To Love’ features the gorgeous, soulful vocals of Grammy Award-nominated A*M*E, who has previously co-written and guested on international hits by MK ('My Love 4 U'), CamelPhat (‘Paradigm’), and Duke Dumont (on the Grammy-nominated ‘Need U (100%)’ which reached No.1 in the UK Singles Chart in 2013). ‘Closer To Love’ looks set to be another big success for both Tough Love and A*M*E.

To break the mould, Tough Love have been releasing their eagerly awaited debut album ‘Past Present Future’ in three parts across spring and summer 2017. Part 1 (Past) was released in late March; Part 2 (Present) was released in July; and Part 3 (Future) will drop later in the year. To celebrate the album, Tough Love are releasing a new single every 4 weeks.

Past Present Future Part 1 featured four of Tough Love’s biggest releases to date: The Top 40 hits ‘So Freakin’ Tight’ and ‘Pony’, plus ‘Touch’ and ‘Like I Can’. Part 2 includes their previous singles, ‘Like A Drug’ ‘Animal’, and ‘Lose My Mind’ along with ‘Closer To Love’. Part 3 will include 4 completely new, unreleased tracks.

Born in Sierra Leone, 22-year-old A*M*E (Aminata Jamieson / Amy) already has both Grammy and BBC ‘Sound Of’ nominations to her name.

A*M*E moved to the UK after her mother's hair salon was burned to the ground and life in Sierra Leone became far too dangerous.  Growing up in South East London, she formed her playground version of Destiny’s Child and from there was hooked on a career in music.