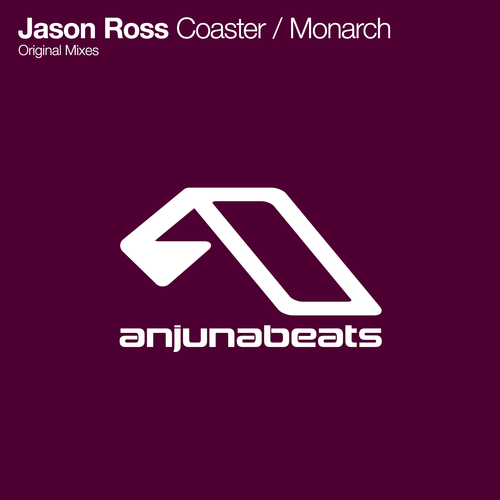 Coming off another Beatport Trance top ten smash, Jason Ross continues to turns heads around the world. While last year saw his first Beatport #1 with 'Atlas', a collaboration remix with label heads Above & Beyond, and an ever-expanding tour schedule with festivals around the world, the stage is set for 2016 to be Jason’s biggest year to date.

Road tested up and down the highways during Anjunabeats biggest North American tour yet, with Jason as one of the four headline acts, his first solo tracks of 2016 are awash with main-stage energy–the impactful double A-side of ‘Coaster’ and ‘Monarch’. An exhilarating ride, the twists and turns of 'Coaster' make for a dark dynamic journey. One of the most sought after tracks throughout the North American tour, and Record of the Week on Above & Beyond's Group Therapy Radio show, the unrelenting groove and sweeping melodies mark a fresh direction for Jason’s sound.

Full of rolling drums and rich vocal chops, ‘Monarch’ echoes the spirit of ‘Cairo’ and ‘Atlas’ (with Wrechiski), two tracks that have become standout moments in the sets of Above & Beyond, Andrew Bayer and many more. With all of Jason’s polished production hallmarks, ‘Monarch’ is set to be a peak-time summer festival moment.