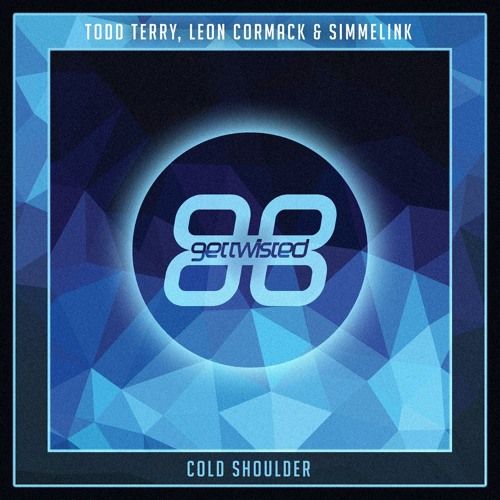 Get Twisted Records has joined forces with a true legend of house music, Todd Terry, on ‘Cold Shoulder’, a collaboration with the talented Leon Cormack & Simmelink.

‘Cold Shoulder’ is a supremely catchy melodic house anthem that’s sure to go off on peak-time dance-floors and be one of the hits of the summer.

Brooklyn-born Grammy Award nominated DJ/Producer Todd Terry needs little introduction. As one of the most celebrated figures in dance music and with a career spanning nearly three decades, he has worked with a diverse range of musical talent, from Snap! to Annie Lennox, The Rolling Stones to Bjork.

Todd Terry achieved two huge Top 10 crossover hits in the 90s through ‘Keep on Jumpin’ and ‘Somethin Going On’, whilst all the while continuing to break new ground with his remix and in 1995 his remix of Everything But The Girl’s ‘Missing’ became a worldwide smash.  In 2007 he created the Todd Terry All Stars bringing together Kenny Dope, DJ Sneak and Terry Hunter releasing ‘Get Down’.

English producer Leon Cormack and Dutch-Spanish producer Archip Simmelink have been working together as duo Cormack & Simmelink for the past three years, delivering uplifting vocal house cuts including ‘All Eyes on Me’ and ‘Change Your Life’.