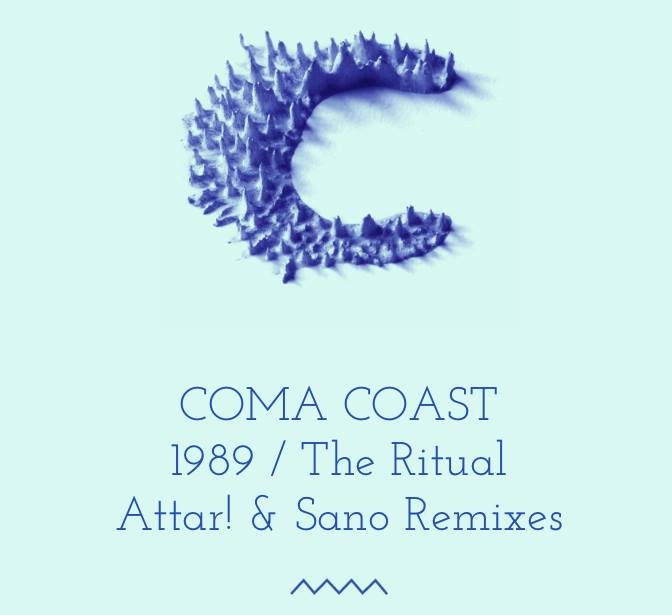 Electro-pop duo Coma Coast are set to release their debut single 1989/The Ritual through Parissi La Musique Records on 24th February. Both tracks have been given deluxe treatment by Belgium remixer Attar! Transforming 1989 into a dark, bass-driven affair, ready-made for the dance floor. The Ritual sees Sano deliver a signature rework, packed with Latin acid flair and reminiscent of his previous releases through Comeme Records.

The pair, made up of London-based singer / DJ Mariano Robles and Venezuelan producer / DJ Rey Morales met by chance in Caracas in 2012, jamming in Rey’s studio until the early hours after bonding over musical influences. Living on separate continents hasn’t halted the flow of Coma Coast’s creativity, frequently bouncing ideas across the Atlantic and working at their own pace, inspired by their own environments and collaborators.

Mariano’s vocals are littered with playful lyrics inspired by wanderlust. 2013 saw Coma Coast begin their electronic odyssey, playing DJ sets in festivals and clubs across Europe and South America and spending time honing their trademark sound. They now plan to release 3 EP’s in 2014 ahead of the premiere of their live show in London later on this year.