Companion albums Between Here and You + Everything You’re Searching For Is On The Other Side Of Fear now both released! 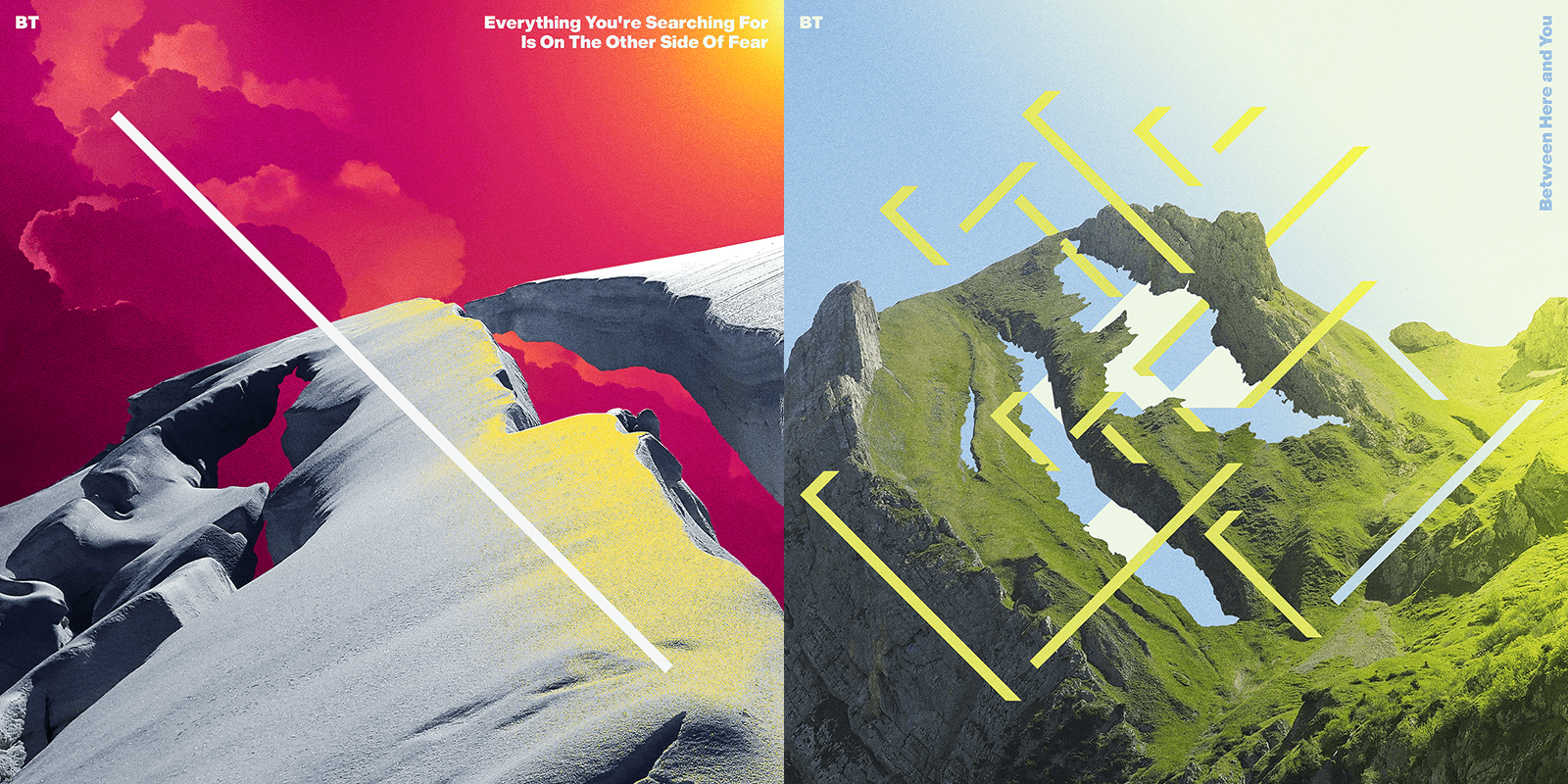 Companion albums Between Here and You + Everything You’re Searching For Is On The Other Side Of Fear now both released!

GRAMMY-NOMINATED ELECTRONICA LUMINARY BT RELEASES BRAND NEW EXPERIMENTAL ALBUM: “EVERYTHING YOU’RE SEARCHING FOR IS ON THE OTHER SIDE OF FEAR”

BT had this to say about the ambient BETWEEN HERE AND YOU, ““This is a record that I’ve been working on between projects and in my spare time for the last year. I have always been a massive fan of ambient music from Brian Eno and Robert Fripp to Tim Hecker. I’ve released albums with an ambient slant to them and gotten an extraordinary response from fans. My favorite thing about ambient music is it has an intended purpose. This record is designed, among other things, as a way to deepen your meditation practice, fall asleep after a hectic day or study. I’ve heard from such diverse people as special forces operators to neurosurgeons that they love listening to this while (respectively) decompressing and operating. Completely blows my mind!”

Of EVERYTHING YOU’RE SEARCHING FOR IS ON THE OTHER SIDE OF FEAR, BT commented, ““This is a continuation of my string of experimental albums starting with THIS BINARY UNIVERSE. These two albums really are companion pieces to one another.  I truly can’t wait to get this one in people’s hands. Whereas BETWEEN HERE AND YOU is more contemplative and introspective, this is designed for attentive listening. There is a universe of complexity in each of these pieces.”

Grammy-nominated, multi-platinum recording artist BT (nee Brian Transeau) is a film composer, technologist, multi-instrumentalist, and songwriter. He is credited as the godfather of the Trance and IDM genres and is widely hailed as a ground-breaking electronic music pioneer.  He has written and produced for such widely-acclaimed and diverse artists as Death Cab For Cutie, Peter Gabriel, Howard Jones, Tiesto, Depeche Mode, David Bowie, Armin Van Buuren, Sting, NSYNC, Blake Lewis, The Roots, Madonna, Britney Spears and more.  To date, BT has released twelve studio albums (including an album with side project, All Hail The Silence) with EVERYTHING YOU’RE SEARCHING FOR IS ON THE OTHER SIDE OF FEAR to be his thirteenth.

BT is also a classically-trained symphonic composer, arranger and orchestrator. He has composed full scores for such films as the Oscar-Award-winning “Monster” starring Charlize Theron, “The Fast and the Furious”, “Solace” starring Anthony Hopkins and the critically-acclaimed Amazon television show “Electric Dreams”.  BT has created a variety of widely-adopted plugins that are heard on the radio and in films every day. His Stutter Edit has been used in “Star Wars”, “Stranger Things” and #1 Country records. His latest plugins, Phobos and BreakTweaker, can be heard in innumerable feature films and productions.  2020 will find BT launching a slew of new ground-breaking software with iZotope, The Cable Guys, Softube and Plugin Alliance.

BT BETWEEN HERE AND YOU track listing:

BT EVERYTHING YOU’RE SEARCHING FOR IS ON THE OTHER SIDE OF FEAR track listing: