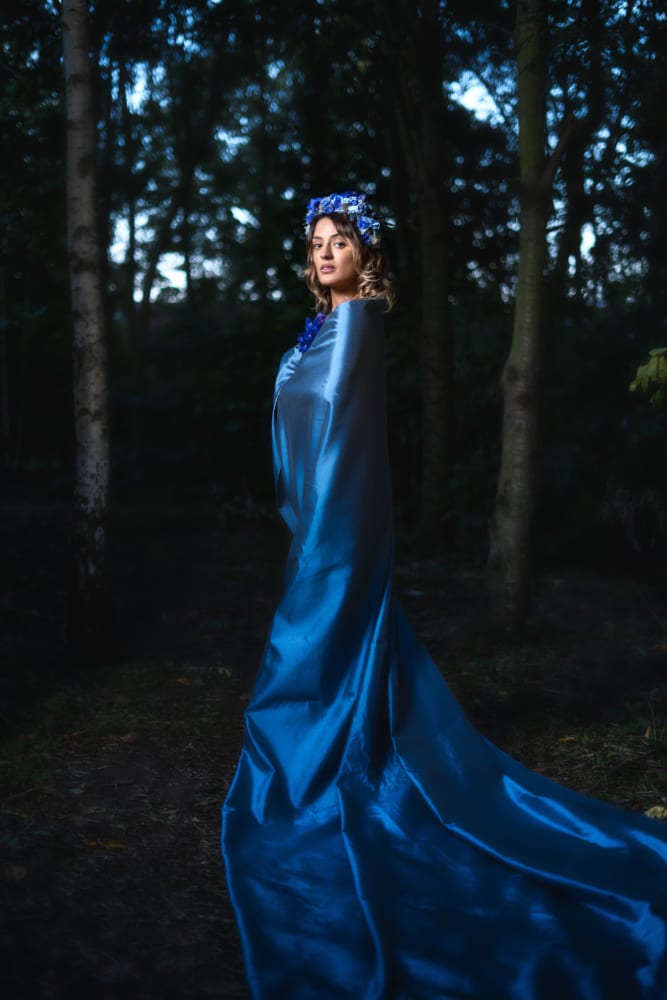 London based singer-songwriter Lisabel has released her debut album, A Work Of Art on May 5th. The album was recorded, produced, mixed and mastered at her own production company, Brother Sun Sister Moon Productions Studio by Nikola Kovačević. Thus far, she has been supported by the likes of CLASH Magazine, XS Noize, Le Future Wave, comeherefloyd, Talk About Pop Music. Lisabel has received airplay from Pheonix FM’s Bob Simpson, contributing towards her modest play count of just under 36 000 plays across streaming platforms, with Spotify dominating most of those plays. Lisabel has had a chance to play in some of London’s most renowned venues such as The Half Moon, Pizza Express Jazz Club (Soho and Chelsea), O2 Academy Islington to name a few.

Lisabel was born in Italy and moved to London in 2013 although due to her family’s relationship with the UK, she had spent a fair amount of time in the country before her relocation to London. With a mixture of Motown meets jazz and contemporary R&B meeting the ringing tones of her mother’s voice, the singer had a foundation of music in her life from a young age. Initially the piano lessons she took at an early age didn’t catch her attention but it wasn’t until she pursued the choir and singing that she began to find her passion. Having studied at both BIMM London and Berklee College of Music, Lisabel has a solid theoretical understanding behind the practical aspects of music.

The songstress strives to not let influences pollute her creativity too strongly as she really wants to sound like herself when it comes to both songwriting and sound production. However, the artists she frequently finds herself listening to are the likes of Nai Palm (Hiatus Kaiyote), Gretchen Parlato, Becca Stevens, Chantae Cann, Jill Scott, Amy Winehouse, Erykah Badu, D’Angelo, Emily King, Jordan Rakei with the more traditional elements of Stevie Wonder, Aretha Franklin, Beyoncé, Alicia Keys, Kurt Elling arriving regularly. With this wide variety of influences comes a unique sound that could be associated to Solange, Aretha Franklin and Erykah Badu while maintaining its own individualistic integrity.

Opening the album with the nature-infused track of ‘Salamander Souls’, Lisabel sets a precedent for warm vocals meeting unusual production styles. Featuring the occasional harmonising of vocals, paired with claps, clicks and smooth piano Lisabel coolly displays her musical maturity as well as the full range of her vocal skills. Closing A Work Of Art album, ‘Dear Moon’ carries an old school jazz lullaby feel, having been recorded live with a Wurlitzer piano. As well as the smooth songs, there are some more powerful soul ballads and funk-influenced tracks, such as ‘What Do You Need’ and ‘A Little Bit of Jealousy’. Overall, the album comes together cohesively, allowing the listener to embark on a journey of romance and joy with a sombre track occasionally appearing to bring balance to the experience.

The songstress shares a little about the concept behind the album, “A Work of Art is a collection of songs that all share the theme of love from various points of view, often using metaphors to refer to a lover. A work of art is commonly portrayed as an object/creation of beauty, inside of which we can lose ourselves due to an overwhelming feeling that we can’t quite point out. In Lisabel’s mind, ‘A Work of Art’ is a person who she believes to be a symbol of joy, kindness and love, an imperfect soul whose purity is unmistakable and undeniable. The album unfolds in a chronological order which follows personal events that have inspired Lisabel to write the songs. Starting from ‘Salamander Souls’ and ending with ‘Dear Moon’, each song represents a feeling and a moment in which Lisabel experienced a positive revelation about the beauty of life, people, love and nature. 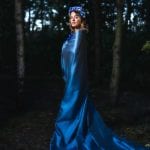