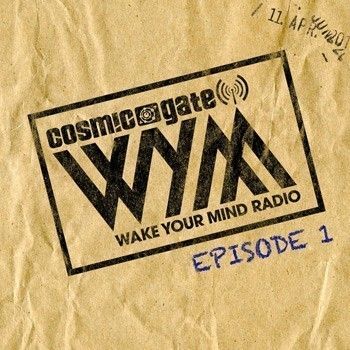 Its three words that turned from a rally cry to their fans into an acclaimed artist album, a social media sensation and most recently a record label. Now, magnifying that meaning once again, this April Cosmic Gate are pleased to announce the latest development in their #WYM marque. Bringing a new level of definition to Wake Your Mind’s sound, prepare yourself for Wake You Mind Radio.

“Wake Your Mind Radio has been something we’ve planned on doing almost since the release of the album, says Bossi “For a number of reasons we felt that the launch of the WYM label needed to come first. As it is though, the timing now couldn’t be any better”.

“This is the last WYM move before the release of our new album” adds C.G.’s Nic. “With the stations and mediums we have partnered with, it has given us the best platform with which to bring our fans among the first listens to the new album’s material. The first show cannot now come soon enough for us!”

Across 60 minutes, the fully formatted show will feature Nic & Bossi discussing and airing the tracks that have been setting their floors on fire. It’ll also encompass first-listen music premieres and tracks from the deeper side of the WYM psyche. The show will also feature comprehensive info on up-and-coming gigs, Nic & Bossi’s biggest hitting tune of the week and WYMR will also be a first port of call for breaking news on the fast-approaching sixth Cosmic Gate artist album.

The show will also be available as a Podcast through iTunes and as a stream via the Cosmic Gate Soundcloud page each and every Monday.

So turn on…
Tune in…
And Stream!

It’s time once again to… Wake Your Mind!