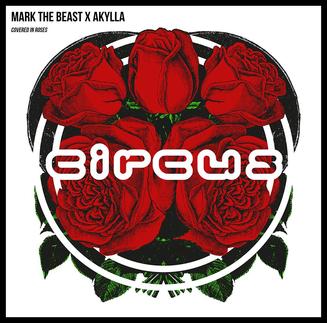 Mark The Beast first made his mark for Circus Records with his hugely popular “In Love With The Devil” feat. Seidson Doctor P and Flux Pavilion’s Circus Three. Since then, the aforementioned banger has been treated to reimaginings by Eliminate, Mantis, Des McMahon, and Circus’ own DMVU as part of the track’s official Circus remix package.

Now, the Brooklyn-based beast is back with a summer-smashing collaboration. The guitar and piano prodigy turned producer has teamed up with Canadian live electronic duo, Akylla, to bring you “Covered In Roses,” complete with emotive lyrics, tantalizing vocals, flawless production, and hooks galore as well as its very own VIP mix.

“Covered In Roses” is the latest in a list of awesome collaborations for both acts. Mark The Beast has previously made beats for the likes of hip-hop legend Prodigy, of Mobb Deep, while Akylla has worked with dance music superstar Steve Aoki.