CRAIGLANG LANDMARKS SET TO BE RECREATED IN THE SSE HYDRO 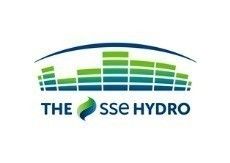 CRAIGLANG LANDMARKS SET TO BE RECREATED IN THE SSE HYDRO

Fans attending Still Game at The SSE Hydro should look out for some familiar sights from the show’s fictional setting of Craiglang, as venue title sponsors SSE have today revealed plans to recreate some legendary landmarks from Jack and Victor’s hometown in the venue to celebrate the record-breaking run of shows.

SSE will transform their exclusive lounge areas into the boys’ much-loved local The Clansman, so fans can enjoy some pre-show banter over a pint or two in Craiglang’s finest. SSE’s Reward Desk will be transformed into another Craiglang favourite – Navid’s shop – and SSE’s Private Box will be kitted out as Jack’s flat, where media competition winners will be able to enjoy the show in the comfortable surroundings of Jack’s iconic Osprey Heights abode.

Still Game ticket-holders who are SSE customers will be given the first opportunity to upgrade their tickets for the chance to access The Clansman thanks to SSE’s customer reward programme SSE Reward – fans should head to www.ssereward.com for full details and to register for the chance to be upgraded.

Ticket-holders who aren’t SSE customers will still have the opportunity to be upgraded on the night thanks to SSE, and should look out for SSE’s team of Energisers for the chance to win access to The Clansman via Lucky Donkey scratch-cards.

Still Game will run from 19th September to 10th October, with an extra special celebration planned in The Clansman (SSE’s lounges) to mark the 1st birthday of The SSE Hydro on 30th September.

Earlier this month, extra Still Game tickets were released, and fans who don’t want to miss out on the hugely-anticipated return of Jack and Victor can book their tickets now from www.thessehydro.com.

Colin Banks, Head of SSE Hydro Sponsorship, SSE said: “Since The SSE Hydro opened its doors almost a year ago, over 20,000 SSE customers have enjoyed upgrades and rewards thanks to our hugely popular customer benefit scheme SSE Reward. Still Game is a much-loved classic, and we wanted to create a unique and memorable experience for our customers and for Still Game fans, to celebrate the return of Jack and Victor.

“We’ve had a lot of fun working with the Still Game team and the venue to recreate some of Craiglang’s most famous landmarks, and can’t wait for the run of shows to begin. Where better to raise a toast to celebrate the 1st birthday of The SSE Hydro than The Clansman?”