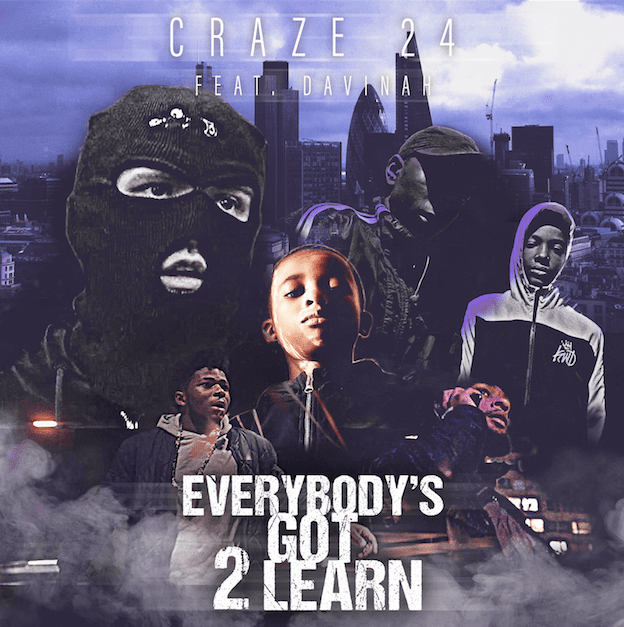 ‘Everybody’s Got 2 Learn’ is the latest rap offering from Craze 24 featuring Davinah. Featuring a sample of The Korgis’ 1980 classic ‘Everybody’s Got to Learn Sometimes’, the track not only heralds a touching feeling of nostalgia, but also serves as a hard-hitting tribute to the victims of knife and gun crime.  In response to recently increasing spikes of violence in and around London, Craze 24 aims to shine a light on the darker sides of street life. In doing so, he also hopes to incite a much-needed change.

With the song’s music video telling the heartbreakingly honest story of a little boy growing up without any positive role models in his life and the negative impacts this has, ‘Everybody’s Got 2 Learn’ strips away the glorification of weaponry that has become so prevalent within rap music.

‘I think the UK music industry should be standing together in solidarity and addressing the many factors that are helping to create this epidemic. Artists, platforms and labels have the power of influence which, by default, makes them either a positive or negative role model.

If we keep turning a blind eye, pointing the finger and ignoring our responsibility when releasing music, we’re also contributing to the problem.’

Alongside expressing his feelings on this topic through his music, Craze 24 and his ‘We Run the Roads’ collaborator, Big Ven, are launching a youth divisionary programme to help the most vulnerable and susceptible victims of knife and gun crime.

‘Everybody’s Got 2 Learn’ is also the title track on Craze’s upcoming album. Featuring the vocal talents of P Money, D Double E, Stylo G and many more, the album travels through different musical genres, freestyles and spoken word to tell a larger tale of positive progression on a personal, social and cultural level.

With the track, music video and youth divisionary programme all being rolled out this summer, GX Records, Phoenix Music International and, at the heart of it all, Craze 24 hope that this will be the start of a new, positive revolution in rap culture. 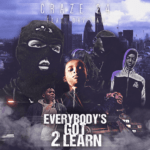