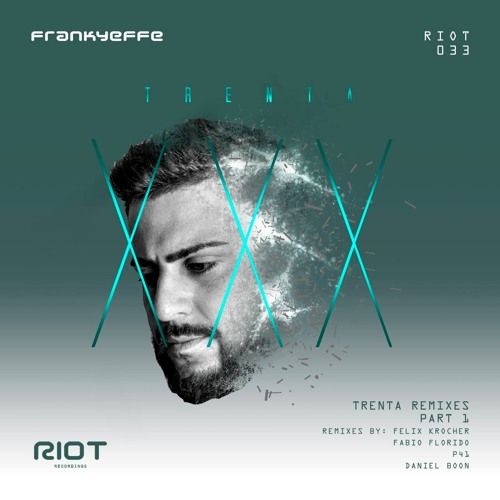 After the success of his Ammunition EP released on Riot Recordings earlier this year, German techno icon Felix Kröcher returns to the label with a fantastic remix of Frankyeffe’s “Crazy Man”. Yet another track which showcases his unbounded knowledge of techno, Felix’s ‘Crazy Man’ remix is out now on Riot Recordings and is available to purchase via all digital retailers.

Yet another dark masterpiece from the German techno don, Felix’s remix of ‘Crazy Man’ features hypnotic, pulsating bass; and of course, the German’s trademark dynamic percussion. The track consists of two intensifying builds as Felix masterfully positions the vocal refrain, adding to the drama. Sampling the vocal at key tension points throughout the track and demonstrating his commandeering production talent throughout, Felix has provided a truly unique interpretation of Frankyeffe’s ‘Crazy Man’ and has thus successfully added to his increasingly vast repertoire of prime techno cuts.

2016 has kicked off to an incredible start for Felix, with a non-stop touring schedule that has seen him play throughout Europe, his Ammunition EP release, and now the release of his ‘Crazy Man’ remix all under his belt in just over two months. With his longstanding weekly radio show on Sunshine Live in Germany continuing to influence the world on the newest and best techno around, and a calendar filled with the top gigs and festivals across the globe, Felix is setting himself in fine stead as the year gets into full swing.