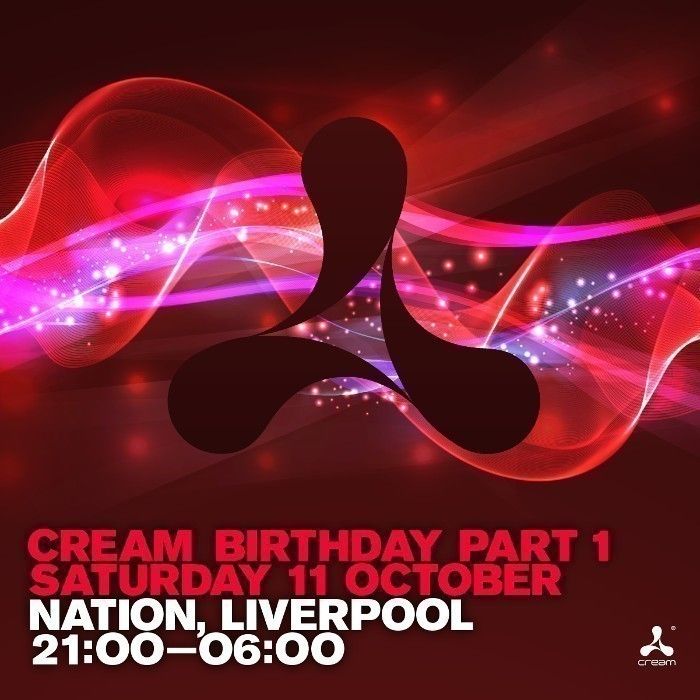 Following the sell out success of Creamfields which attracted a record breaking 70,000 people at the weekend, dance fans don’t have long to wait for their next instalment, as Cream have just unveiled the line-up for their 22nd Birthday bash on Saturday 11th October.

After a standout performance in the Super You&Me arena at this years Creamfields, the Dirty Dutchman and prolific hit maker Chuckie returns to the Main Room, he will be joined by rising star Oliver Heldens, having been signed to the biggest record label in the dance industry Spinnin’ records at the tender age of 17, Oliver is one of the nu-breed of Dutch dance stars currently dominating the airwaves, and whose techy / deep house sound bridges the gap between big room listeners and the underground, with hits including ‘Gecko’ reaching #2 on Beatport and remixing one of the biggest hits of 2013: Martin Garrix’ ‘Animals’ to name but two.  Making his Cream debut is BBC Radio 1 DJ/Producer Danny Howard, having smashed it at BBC Radio 1’s Flagship event in Ibiza at Privilege earlier this month, it was a natural decision to book his talents for the birthday.  Completing the Main Room line up is Size Records unstoppable duo Third Party and Cream Resident Gareth Wyn.

Over in the Courtyard we welcome back Cream favourite Paul van Dyk, following a summer residency for Cream in Ibiza, and officially a fully-fledged member of the Cream family, this was a fitting addition for a birthday, he will be joined by another Cream godfather Paul Oakenfold, for those who witnessed his legendary sets back in the day, this is one performance you don’t want to miss, and for the trance heads out there you wont want to miss Simon Patterson, Jordan Suckley and Rob Harnetty.

Over in the Annexe we welcome back the ratpack, the unsung heroes, the residents, expect some very special classic sets from the likes of Paul Bleasdale, Jemmy, Anthony Probyn, Andy Mac and Sean Hughes.

Part 2 of Cream’s Birthday celebrations will take place on Saturday 29th November, line up to be announced soon.

This event is expected to sell out so purchase tickets in advance to avoid disappointment.  Early Bird Tickets on sale now.