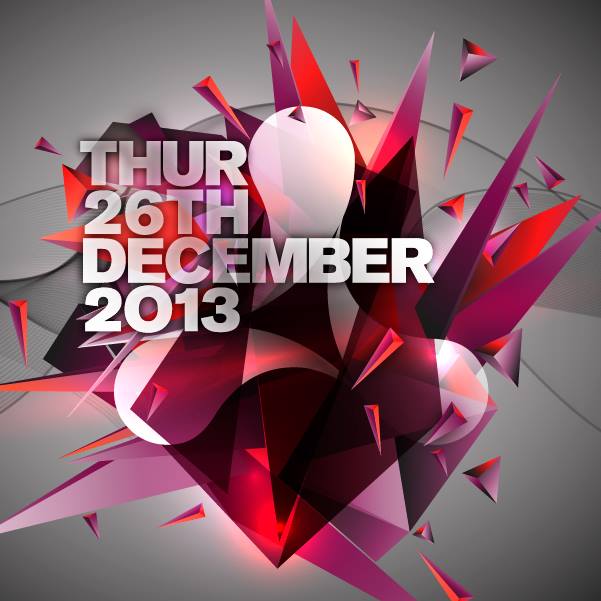 Cream’s Christmas cracker has been announced! The clubbing behemoths have once again pulled together one of the biggest festive line ups in the land as they return home to Nation in Liverpool for their annual Boxing night bash.

Starting with the Main Room Cream welcomes back Dutch turbine and Cream favourite Laidback Luke. Luke’s dynamic fusion of hyper-drive-house-step and ghetto-jack-trance-bass is the reason why he continues to pack venues around the globe not least at Cream in Ibiza for his Super You&Me shows. Joining him is Benny Benassi whose unique mix of house and electro styles has cemented his reputation as one of the best DJ/Producers on the circuit whose production skills have been called upon from the likes of Madonna, Moby and Public Enemy and most recently Grammy award winner John Legend on the track ‘Made To Love’. Making their Cream debut is Deniz Koyu & Danny Avila who are without doubt one of the most promising talents around and follows a heady couple of years which has seen Danny become the youngest ever covermount CD artist for DJ Mag and MTV adding Deniz to their ‘EDM Rookies To Watch’ list putting him in good company with the likes of Alesso, Zedd and Nicky Romero. Following their captivating sets at Cream in Ibiza this summer and electrifying performance in the Silent Disco Arena at this year’s Creamfields, 2014 is set to be their year. Completing the Main Room line up is Cream stalwart Gareth Wyn.

At the helm in the Courtyard is one of the world’s most loved and respected DJ’s Eddie Halliwell whose musical transition over the last couple of years has only increased his fan base, every year he smashes it with his imaginative mixes and delivers a party atmosphere comparable with no other and he’s back to do it again on Boxing Night. Joining Eddie are two guys who have ascended into the upper echelons of dance music in a very short space of time, Sunnery James & Ryan Marciano are master tastemakers who are the latest to join Holland’s musical super elite, expect hands in the air and four to the floor action from start to finish! Completing the line up in the Courtyard is Steve Angello faves Third Party who subsequently signed them to his Size Records label, Tim Mason and Cream resident Anthony Probyn complete the bill.

Chicane leads the way in the Annexe, often dubbed as ‘the godfather of the Ibiza Anthem’ following his über successful Balearic classic ‘Offshore’ followed by a hit filled album discography which of late has seen him collaborate with Ferry Corsten to produce the summer anthem ‘One Thousand Suns’. Chicane will be joined by Ben Gold, Rob Harnetty plus Bryan Kearny and Maltese duo Tenishia who will be making their Cream debut.

This event is expected to sell out so please purchase advance tickets to avoid disappointment.