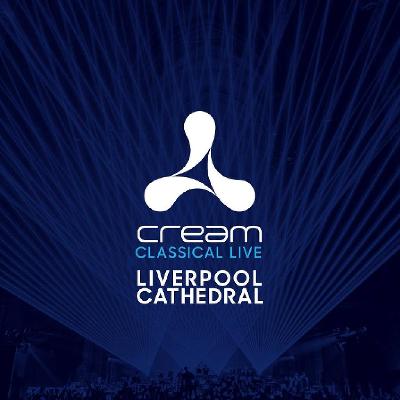 Following the unforgettable sell out shows back in April, two of Liverpool’s cultural institutions unite once again to bring you Cream Classical Live at Liverpool Cathedral, one of a series of very special events planned to celebrate Cream’s 25th Anniversary year.

Friday 21st and Saturday 22nd April will see global clubbing institution Cream return to the hallowed ground of Liverpool Cathedral with a brand new live fusion show set to eclipse the last. Building on the success of the inaugural event, Cream’s 50 piece Philharmonic Orchestra will be performing a spine tingling new set of classic cream tracks like you’ve never heard them before, a soundtrack that encapsulates the musical legacy of one of the world’s most iconic clubs.

The atmosphere is already etched into the minds of all those who attended back in April, a night that celebrates an era and genre close to many people’s hearts.  Cream Classical Live takes this winning formula to the next level, incorporating more live elements to the show including all new production and an array of vocal performances.  Curated by dance music duo K-Klass and directed by acclaimed conductor and arranger Tim Crooks, this second instalment will transform the majestic surroundings of Liverpool Cathedral for a spectacular and unmissable dance party and don’t expect to see any pews, its standing room only.     The party continues into the early hours for the after show parties, full details coming soon.

Cream’s spiritual home Nation became the clubbing mecca for dance music lovers from around the world and holds a special place in the heart of all those who religiously attended week in week out, it’s the place where memories were made, relationships began and friendships were formed and there is no more fitting venue to mark Cream’s 25th Anniversary than Liverpool Cathedral.

The Very Revd Dr Pete Wilcox, Dean of Liverpool said:  “Cream Classics 2016 was unforgettable, as stunning music combined with our outstanding architecture to create a feast of sound and vision and a truly spiritual experience.  Those who were here will certainly be excited by the opportunity to relive it and those who weren’t able to join us now have the opportunity.”

After Party Venue:  O₂ Academy Liverpool,  11-13 Hotham St, Liverpool L3 5UF, 11pm – 3am.
** Entry to the afterparty is free for all those with tickets to Cream Classical Live at Liverpool Cathedral.