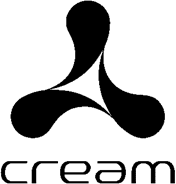 Following on from the recent announcement that Nation will be closing its doors for good at the end of this year, the iconic venue which is the birthplace and spiritual home of Cream is going out…as expected in true party style!

The legendary venue became the clubbing mecca for dance music lovers from around the world and holds a special place in the heart of all those who have religiously attended over the last 23 years and Cream, the electronic global clubbing empire have announced three encores to ensure the good ship ‘nation’ is honoured with a suitable send-off featuring three classic line ups that celebrate the last two decades as one of the world’s most iconic clubs,  taking place on Saturday 17th October (PT 1), Saturday 24th October (PT 2) which conveniently coincides with Cream’s 23rd birthday celebrations and Boxing Night on Saturday 26th December (PT 3).

With just a week to recover Saturday 24th October brings us Part 2 with a line-up that doesn’t get much bigger!  Headlining this unmissable event is one of the biggest acts on the dance scene right now Dimitri Vegas and Like Mike, and if you were one of the 40,000 stood in the crowd watching their performance at this year’s Creamfields you’ll know you’re in for a treat, joining this unstoppable duo are Carnage, Danny Howard, Sunnery James and Ryan Marciano, Watermät, Michael Woods, David Zowie, Tujamo, Anthony Probyn, Andy Mac, Jemmy, Rob Harnetty, Ed Mackie, Sean Hughes and Lee Ellis.

So polish off those disco boots and pack the Kleenex…its going to be emotional! These events will sell out and we urge you to purchase advance tickets as soon as possible to avoid disappointment, Doors open 9pm.   Tickets on sale 10am Friday 4th September 2015.