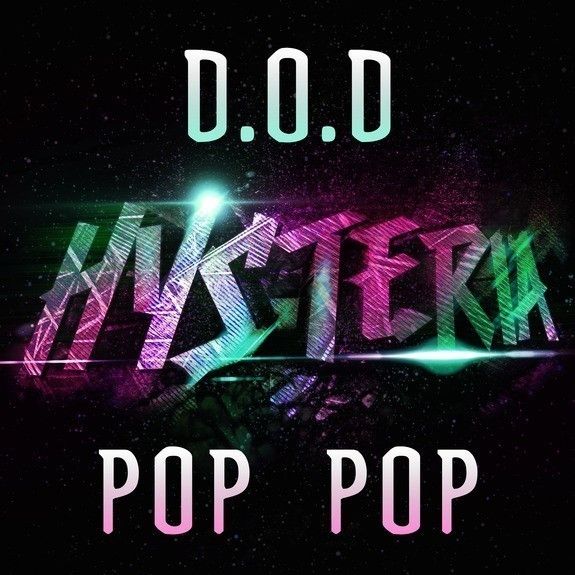 With growing support and recognition from some of the worlds biggest DJ’s and producers including Annie Mac, Tiesto, and David Guetta, D.O.D is on the verge of becoming an international sensation within the dance music scene. Receiving high praise from Mixmag, D.O.D subsequently landed himself a residency on their club and Ibiza tour. With his new release ‘Pop Pop’ now available on Bingo Players very own Hysteria Records, D.O.D is punching well above his years and things don’t seem to be slowing down any time soon. Grab your copy of ‘Pop Pop’ now!

“D.O.D is one of the most talented young DJs and producers [we’ve] discovered this century. Expect big things”
Nick Stevenson, Associate Editor – Mixmag

Once again demonstrating the true production power that D.O.D has to offer, ‘Pop Pop’ seamlessly integrates and blends a range of styles from across the dance music spectrum including House, Electro and Techno. Throughout the tracks entirety the listener is taken on a musical journey that bursts into life with a drop that rivals some of the biggest and most loved tracks heard this summer. Overflowing with energetic synth hooks, pounding drums and a real sense of excitement and power, ‘Pop Pop’ is sure to accelerate D.O.D’s rise to the top.

Having landed slots at some of the world’s biggest festivals – and with a number of exciting new releases and collaboration on the horizon – 2014 is set to be the year that D.O.D makes his mark on the dance music scene. With TomorrowWorld and a few more gigs still to come, be sure to catch him at a show near you.