Daft Punk to perform live at The Grammys 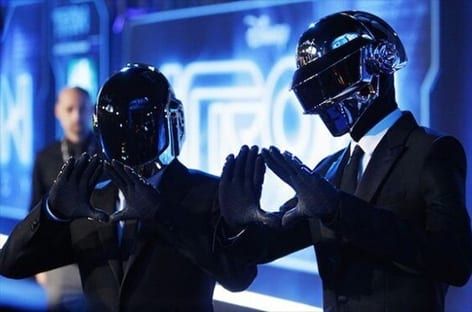 Daft Punk to perform live at The Grammys

It'll be their first live performance since the 2014 Grammys.

Daft Punk will perform at The Grammys on February 12th.

Thomas Bangalter and Guy-Manuel de Homem-Christo will be performing alongside The Weeknd, who they collaborated with for last year's "Starboy" and "I Feel It Coming." Neither Daft Punk nor The Weeknd are nominated for any awards for Starboy—instead, The Weeknd is nominated for contributing to Beyonce's Lemonade, which is up for album of the year. There's no word on what songs the trio will perform. The awards ceremony will air on CBS at 8 PM EST, and will be Daft Punk's first performance since their last appearance at the Grammys in 2014.