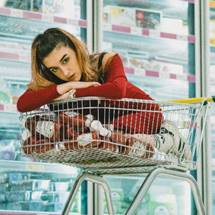 Taking place in Amsterdam, 15-16 October, in the lead up to world-renowned music conference, Amsterdam Dance Event (ADE), the camp will provide a unique opportunity for respected producers and songwriters from across Europe to come together in one creative space.

Last year’s inaugural dance music camp saw UK writer/producer duo, One Bit, team up with Stevie Appleton (UK), and British-Canadian songwriter Laurell Barker, to collaborate on the single, ‘Between You & Me’, which was recently released by Ministry of Sound, with UK chart pop sensation and former X Factor winner, Louisa, on vocals.

Speaking to PRS for Music’s member magazine, M, the duo said: “In the listening session the room reaction was pretty exciting, we were all really happy with it but getting that first nod of approval from a room of writers you really respect felt great.”

Following the success of last year’s camp, PRS for Music held a competition for an up-and-coming songwriter to win a place at the camp this year, with hotly-tipped Caitlyn Scarlett, taking the winning spot. Since signing a publishing deal with BMG in 2017, Caitlyn has worked with the likes of MNEK, Ella Eyre, Ray Blk, and CLiQ, to name but a few. Her own music has been streamed over 8 million times, including Radio 1’s BBC Introducing Track of the Week, ‘Ornaments’.

Caitlyn Scarlett said: “I am so honoured to be working in association with PRS, they are pillars of the industry. I really look forward to the level of creativity and talent I know I’ll be around in Amsterdam. I’m super excited and humbled to have been chosen as their winner.”

In response to the volume of high-quality entries received, PRS for Music awarded a further place on the camp to writer/producer Stephen Kenny Tempest aka DJ S.K.T: “Really excited to be part of this year’s PRS songwriting camp alongside a lot of other talented songwriters, producers and singers.”

Representing the rights of 135,000 songwriters, composers, producers and music publishers in the UK and across the world, PRS for Musicactively engages with its members in a variety of ways to help them further their careers and expand their creativity. Songwriting camps not only serve as a platform for new hits to be written – they also provide an intimate space for networking, encouraging new collaborative relationships to continue and develop into the future. In the UK, PRS for Music has previously also supported and hosted songwriting camps at Tileyard Studios with Notting Hill Music, and world-famous Abbey Road Studios in conjunction with the Country Music Association, which brought Nashville songwriters to the UK.

Simon Aldridge, PRS for Music Head of Writer Relations, commented: “I am delighted PRS for Music is returning to Amsterdam to host a second songwriting camp for electronic music. We hope all attendees are inspired and empowered by their time spent together – I can’t wait to hear what comes out of this event.”

Suzanne van den Dool, Sr. Creative Manager Benelux at Sony/ATV Music Publishing Benelux comments: Sony/ATV Music Publishing Benelux is excited to welcome again many writers, producers and artists in Amsterdam for another two days of making music, writing songs and building connections. The mix of people coming from all different countries, combined with a great studio place, gives the camp a unique atmosphere where, without any doubt, magic will happen again!