Dance Your Ass Off (Salsoul Remixes) 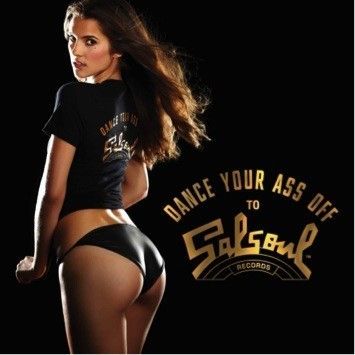 Dance Your Ass Off (Salsoul Remixes)

Salsoul Records is known for its legendary catalogue, and also for being recognized as the first record label to release a commercially available 12’’ single record.  If you’re not familiar with Salsoul Records, you’ve heard the labels’ songs or instrumentation sampled in hundreds of today’s dance tracks. Salsoul is arguably more popular now than it was in its 1970’s heyday, having sold several million records and numerous hits based on Salsoul samples over the last 20 years alone. With house, techno and nu disco rising through the underground once again, Ultra Music is proud to bring back a slice of dance music’s past with a touch of modern flair.

Dance Your Ass Off (Salsoul Remixes), out September 3, 2013, is a compilation of Salsoul disco classics remixed by talented producers from the nu disco, electro and house music genres.  Compiled by New York native and Ultra’s own DJ David Waxman, the album brings the heart of the classic New York City disco days to a new generation of dance music fans.

Originating in 1974, New York City-based Salsoul Records was one of the most influential record companies in the disco era, that has shaped the dance music industry for the last 40 years. Artists such as Loleatta Holloway, Double Exposure, The Salsoul Orchestra (led by Vincent Montana, Jr.), First Choice, Charo, Joe Bataan, Inner Life, Skyy and Carol Williams were at one time part of their roster.

Dance Your Ass Off (Salsoul Remixes) was spawned from a recent partnership between Ultra Music and Verse Music Group (Salsoul Records & West End Records). Verse Music Group Founder and CEO, Curt Frasca, says of the partnership, “Ultra’s founder Patrick Moxey and team revolutionized the dance music genre over the last decade through passion, listening to their audience and a willingness to embrace and push new technologies. Ultra has maintained their independent spirit in spite of becoming the world’s #1 dance music brand. Our companies share a creative vision and passion for both Salsoul & West End’s game changing history and exciting future.”

In promotion of the album release, Ultra will partner with Flywheel Sports, the nation’s leading indoor cycling experience to run high energy, disco-themed “Fly Your Ass Off” indoor cycling classes at Flywheel studios in New York, Los Angeles, Miami and international hotspot Dubai. Playlists will boast music from the new album, curated by Flywheel instructors to their liking.  All participating riders will receive a Salsoul Records t-shirt featuring the iconic “Dance Your Ass Off” slogan.  Riders are encouraged to dress up in disco-inspired sportswear.  In addition, Flywheel New York attendees will be granted access to an exclusive listening party to be held in New York City in support of the album release.  Interested parties can sign up for the “Fly Your Ass Off” classes by visiting the Flywheel Sports website, see class schedules and studio locations below.

Ultra Music and Flywheel Sports “Fly Your Ass Off” Classes: