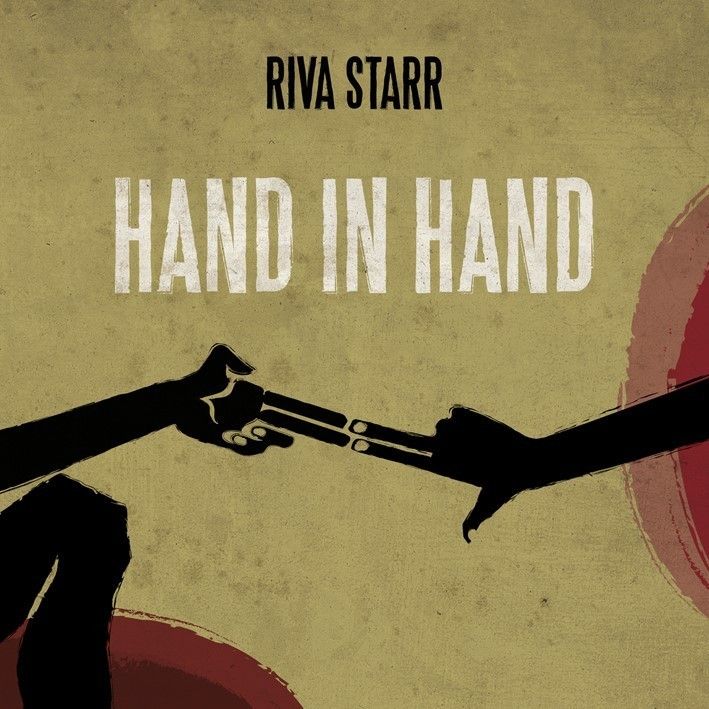 Riva Starr burst into the electronic music scene in 2009 with a refreshing take on Latin house for some of the most respected underground dance labels like Get Physical, Dirtybird and Made to Play. A prolific producer and internationally in-demand club DJ, Riva swiftly proceeded to confound his fledgling fan base with Balkan beat behemoth “I Was Drunk” which has since amassed well over 8 million views on YouTube.

After further time spent in collaborations with dance music godfathers such as Fatboy Slim, DJ Sneak and Beardyman, and trickling out exotic edits and tracks to a now sizeable following (with nigh 50k followers on Soundcloud), Riva now reveals a new and exciting facet of his musical personality with alt-pop infused sophomore album ‘Hand In Hand’, featuring chief partner-in-crime Rsslll (previously lead singer of indie darlings The Research) plus a stellar cast of guest appearances from Horace Andy, Roots Manuva, DJ Sneak, Speech Debelle, Bob Andy and others.

Riva’s restless straddling of genres, tempos and geographical inspirations have proven to have wide ranging appeal, from unknown alternative European radio shows to Ibiza mega clubs, from bedrooms the world over to festival main-stages. And indeed, ‘Hand in Hand’ runs a broad and colourful gamut with infectiously playful irreverence, hopping elegantly between styles while offering a refreshing and uniquely personal take on classic sounds and genres. A lush, big-beat string-laden pop gem (‘Kill Me’), surf and San Remo basking noir house (‘Absence’, ‘Si e’ Spentoll Sole’), bouncy gospel-funk (‘Upside Down’), ghostly and hypnotic dub (‘In The Morning’), earworm island groove (‘The Care Song’), manic-depressive, bittersweet sing-alongs (‘Nobody’s Fool’, ‘Detox’), all have their respective place in the kaleidoscopic and adventurous musical palate of ‘Hand In Hand’.

In an era that favours well-formatted niches and strict categorization over the pure and unmediated joy of music, Riva is an adamant subscriber to the undisciplined maverick approach, proving in the process that some artists are still willing to take a risk.

A Bricklane based musical exile with a degree in Chinese literature?; a passionate family guy who manages to juggle a DJ schedule of over 200 gigs a year, a label, remix and production duties? How is it possible to pigeonhole a man who never sits still?