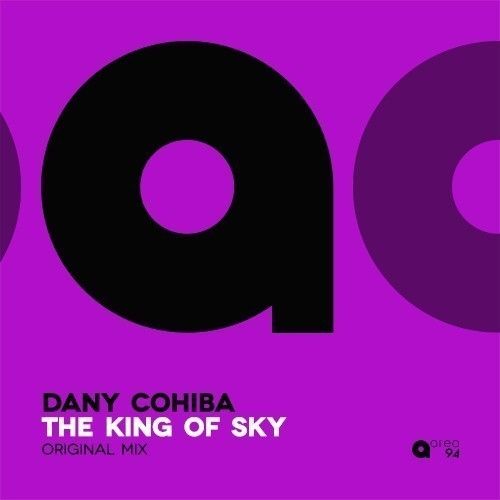 Our new release is coming from the studio of the international Spanish dj & producer Dany Cohiba. More than 150 songs produced, remixes for Deep Purple, Cheer or Crystal Waters among others, and gained support from artist such as Roger Sánchez, Erick Morillo and Bob Sinclar, to name a few, are some details that he have reached to his curriculum during this 21 years working as a dj and producer.

He released on Area94 a collaboration with Ron Carroll a few months ago and this december we´re proud to announce his new original called “The King Of Sky”.
We´re in front of a deep dark house with a profound male vocal. On the track there is two stops where the voice floods the song and takes you to the rock essence and of course well accompanied during the production by the minors that complete the release. The groove with which he has endowed the song is the secret weapon for the dance floor.
He is an all road artist but if we label him in a unique style, this is house, and if the sky is house, you are in front of the king.

Dany Cohiba – The king of sky (Original mix) out the 5th of December 2014 on Beatport (Exclusive).