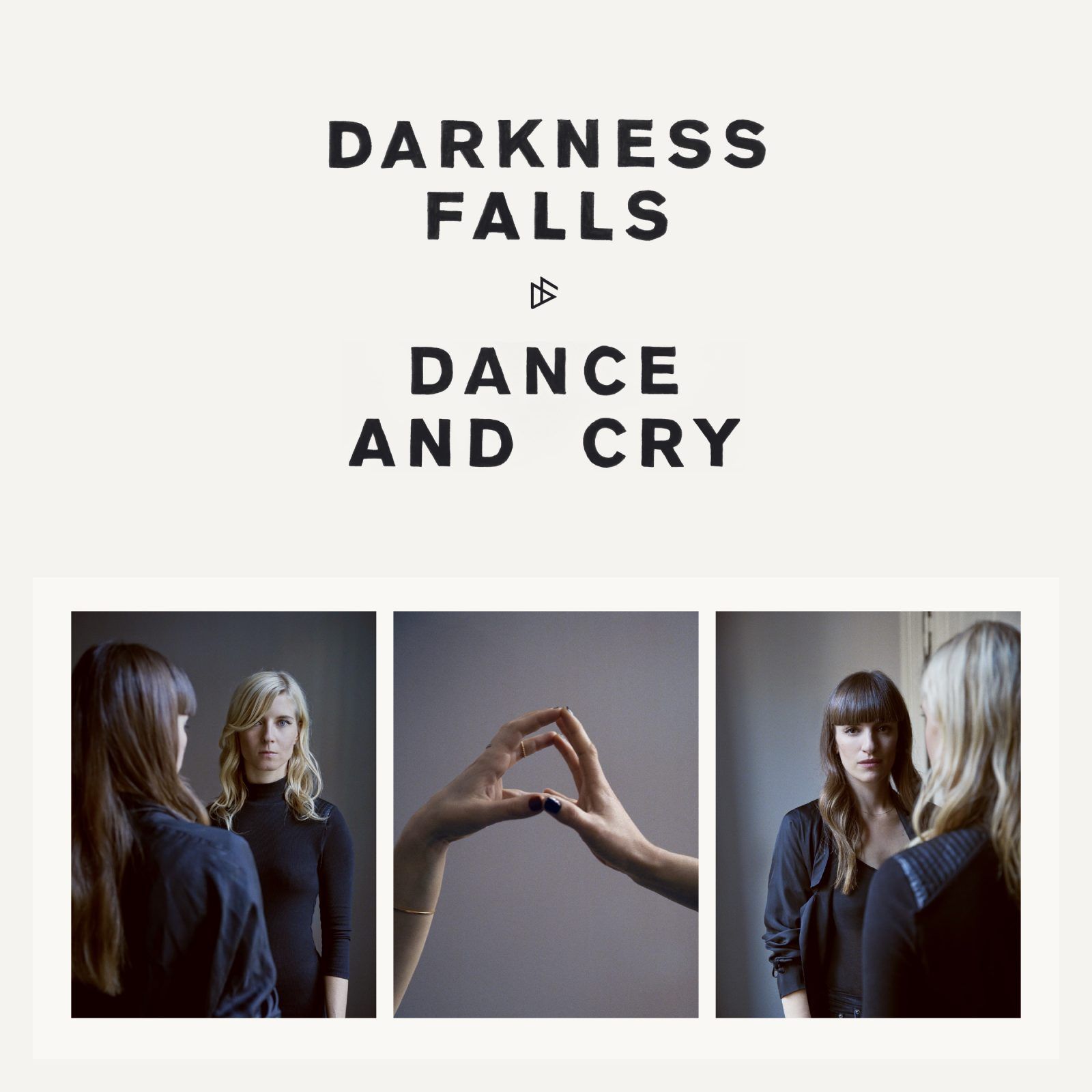 Justly feted for their debut LP ‘Alive in Us’, a string of exquisite live performances, and the single ‘Hey!’ – the most played tune on Danish radio in 2011 – Copenhagen-based duo Darkness Falls return with ‘Dance And Cry’, an album of atmospheric pop noir that – even in March – will surely stake a claim to be one of this year’s musical highlights come Christmas. Defying convention, Josephine Philip and Ina Lindgreen effortlessly blend a host of rock and pop influences, the textures and structures of electronic dance music and the haunting atmospheres of arthouse cinema soundtracks to produce an album of deep longing and icy cool – all drawn together by impeccable vocals that embody a decidedly glamorous melancholy. It’s an album that will tick all the boxes for a diverse range of listeners; as they themselves put it: ‘In our music, there is something for the mind, something for the heart and something for the feet too.’

The dramatic opener sets the tone, a torch song that seductively entices the listener to ‘come out and join me for night games’ over layers of sustained synths. A slow house kick drum adds momentum, as one carefully curated sound after another enriches the musical palette till it builds to a heart-stirring climax. The haunting single ‘The Answer’ – a tale of love, desire and loss – maintains the quality, as a Cure-like guitar motif circles over a beautifully textured beat of found sounds. Lush and yearning, it’s instantly unforgettable.

From this point on, it’s clear that picking favourites will be a thankless task: this is an album of consistent brilliance. From the plangent drama of ‘Liar’s Kiss’ to the electro-tinged instrumental of ‘Thunder Roads’ via the pop drama of single ‘Hazy’, simply everything is a highlight. Forthcoming single ‘Dance And Cry’ best captures the album’s emotional core, a scene from an urban life tinged with loneliness and heartbreak but also the empowerment that comes from living life to the full. As its title suggests, it’s not a question of either/or but rather both.

Meanwhile, ‘My Father Told Me’ showcases the duo’s breadth of expression, swirling you away on a climactic disco-noir journey. It’s emblematic of an album that’s a dizzying whirlpool, drawing in a dazzling array of influences. The Jesus and Mary Chain, Cocteau Twins, Kate Bush, Nite Jewel, bedroom pop, widescreen expanses, basement rock, church choir ethereality: each listener will bring their own personal touchstones and inspirations to mind.

‘Darkness Falls’ was traditionally a phrase used in old plays, shorthand for indicating the ending of a scene: the moment where the drama is given over to you, to hold, to contemplate, to languorously enjoy. ‘Dance And Cry’ couldn’t be more fitting in these terms: an album of great richness in which you’ll want to immerse yourself.

‘Dance And Cry’ will be released March 30th on hfn music with the brilliant artwork of multi award winning Peter Funch, a danish, New York based photographer / artist, while all of the songs have been produced by the band with Adrian Aurelius (The Raveonettes) and Lasse Martinussen (Rosemary), except ‘Hazy’ which was produced with Anders Rhedin (Dinner, Choir of Young Believers).