Darude soundtracks the biggest update ever to the original Angry Birds 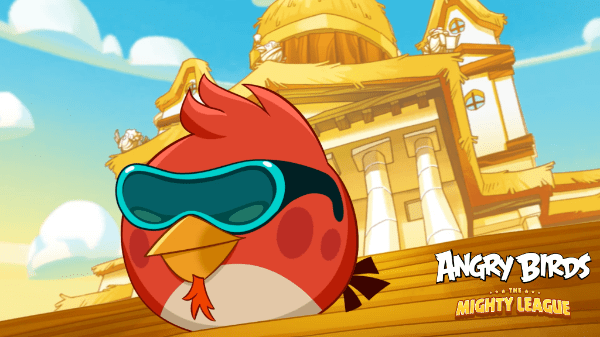 Darude soundtracks the biggest update ever to the original Angry Birds

Rovio teams up with legendary DJ for The Mighty League, the social way to play classic levels of the original Angry Birds

The original Angry Birds is getting its biggest update ever since the game first hatched back in 2009 — with the help of Darude, the Finnish DJ and music producer whose 1999 hit “Sandstorm” is probably recognisable to anyone who’s ever been to a professional sporting event, watched TV, used the Internet, or is alive.

Enter the all-new-and-birdified Mighty League Anthem (Sandstorm Remix), a wing-pumping twist on the trance classic that soundtracks The Mighty League, the ultimate test of classical bird slinging acumen. Players can join directly from the main screen of their existing Angry Birds home screen and compete against average level scores by other players. Three different levels are available to play in everyday, drawn from existing episodes.

But there’s a catch: Players need to work their way through six leagues to make it to the top tier. Relegation to lower leagues awaits those who can’t beat the average and raise their game to the next level. Tough, but it’s a pig-eat-egg world out there!

“I feel honored to be playing a part in the Finnish global phenomenon that the Angry Birds have become,” says Darude. “Making the Sandstorm remix for Angry Birds Mighty League was probably the most giggle-inducing bunch of studio sessions I’ve ever done.”

With this update, the original Angry Birds is now free to download and play. Players also get three free daily tickets to enter The Mighty League competition — more daily entries require an in-app-purchase. However, fans can still fly solo in non-league play and continue to master the hundreds of levels of the original forever, with no purchases necessary. So pick up that slingshot and get back to pig-popping basics!