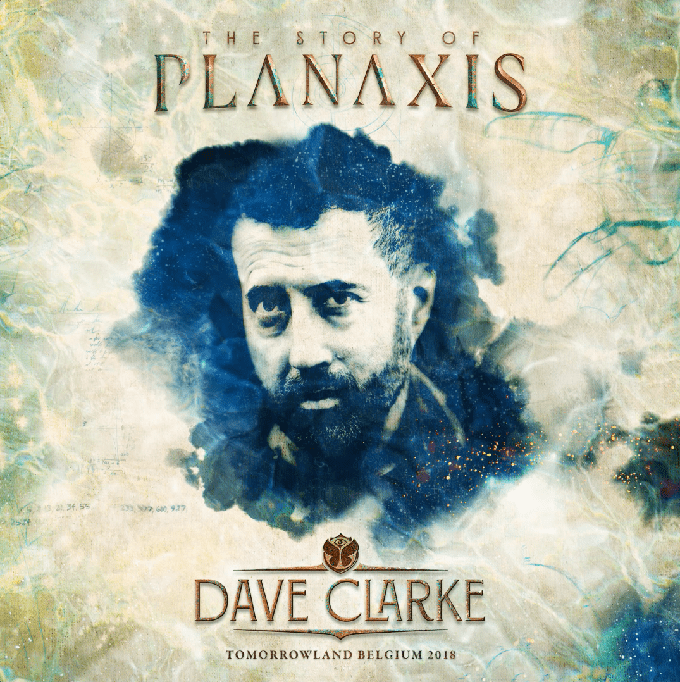 Dave Clarke will continue to bring his passion for techno to Tomorrowland on Sunday 22nd July, this time taking charge of the ‘Cathedral’ stage with legendary Belgium club Fuse.

Fuse is one of Belgium's longest-running electronic music institutions, regularly playing host to celebrated artists, labels and promoters. Since opening in 1994 Fuse has become an important fixture of the Belgium electronic music scene and beyond.

Joining Dave on the decks for the Fuse and Dave Clarke presents stage will be some of the worlds leading techno artists and Fuse favourites; Len Faki, Marcel Dettmann, Mind Against, Pan-Pot, Pierre and Downside.

This will be the 7th year in a row Clarke has been entrusted with his own stage at Tomorrowland, a responsibility he doesn’t take lightly. Taking things up a gear for 2018 by teaming up with Fuse, Dave will continue to put techno firmly at the forefront at this globally renowned festival, with an electric mix of cutting-edge underground dance music with something for every discerning music lover.

A hard working purist, forward thinking futurist, technology geek, part Gothic and gadget lover who embraced the digital revolution in an early stage while his peers were still sniffing the smell of vinyl, a format he hasn’t used professionally in eleven years. It’s unsurprising he revels in the libertarianism of the World Wide Web. It gives symmetry to his savvy techno vision.

As a talented DJ and producer Dave Clarke will continue his newfound love for making music, gather air miles by the gallon and preach his vision on techno both on the decks and on the radio, whilst never forgetting the long and bumpy journey he had to undertake to get where he is now: on top of the game, respected by both fans and peers and very much relevant in today’s scene. “He might be established, but he will never be establishment”.

ABOUT FUSE
Fuse is one of Belgium's longest-running electronic music institutions and has been so since its opening on April 16th 1994. It started off as a heaven for high quality techno with a reputation for bringing in the best and most innovative DJs on the scene.

Alongside residents Pierre, Deg and T quest, DJs such as Jeff Mills, Kevin Saunderson, Derrick May, Laurent Garnier, Dave Clarke, Sven Väth, Steve Bug, Richie Hawtin, Ricardo Villalobos, Len Faki and lots of others seem to enjoy playing here as much as the crowd enjoys partying to their sets. These techno luminaries constantly come back for more and rate Fuse as one of their favourite clubs. After flirtations with drum’n’bass during one year, the first floor that had been developed into an oasis for house-lovers, has now become the place where you will find contemporary electronics linked to both house and techno.

Fuse has a unique ambience which make it such a prominent techno institute, and thanks to a persisting policy of inviting quality and promising foreign artists, next to well known artists, in combination with an outstanding team of residents, the annual summer tour, the weekly radio show on Studio Brussel, the FUSE compilations, … can without any doubt be considered as an undeniable reference in the world of techno.

ABOUT TOMORROWLAND
On the dance floor, you’ll find visitors from every corner of the globe, but musically as well, Tomorrowland is a melting pot of all genres, styles and sub styles in electronic music. Never before has Tomorrowland offered such a wide scope in musical diversity, innovation and experience. No fewer than 1000 artists, including young talents and established names, will perform throughout the two weekends, guaranteeing an experience like no other.