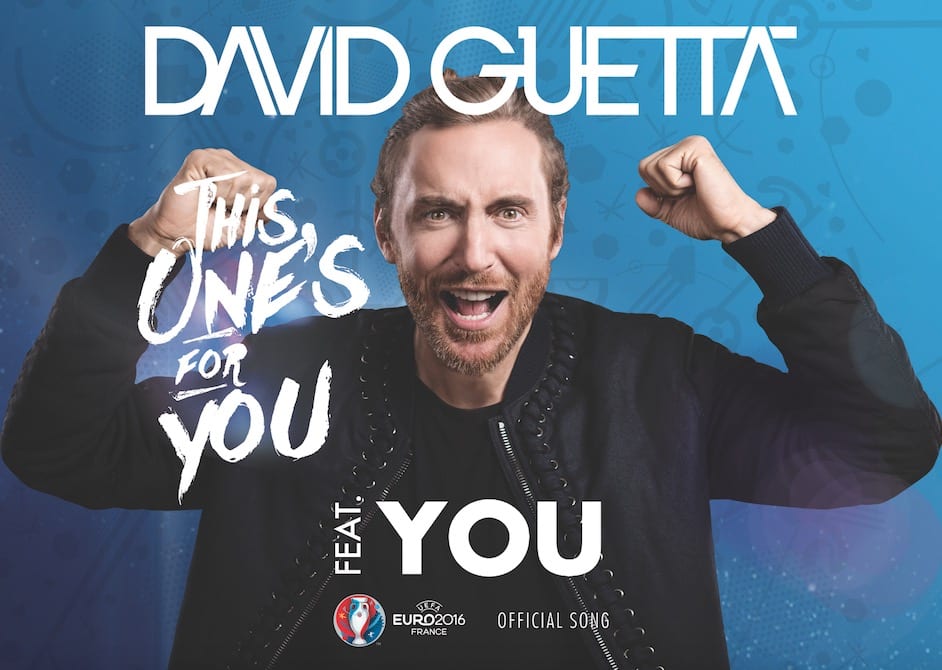 Global DJ and music producer David Guetta has called for 1 million fans to record with him and be part of the Official Song of UEFA EURO 2016. UEFA’s EURO 2016 music ambassador will create the soundtrack for the tournament this summer and he wants as many fans as possible to take part.

“I’m so excited to be working with UEFA on this project in my home country. UEFA EURO 2016 is all about the fans and I want to put them at the heart of everything, especially the music. So I’m trying something very special and asking fans around the world to celebrate this festival of football by being part of the Official Song,” said Guetta.

The Frenchman, who will write and produce the song, will be the figurehead for UEFA’s global music campaign that will also include live performances at the Stade de France at the opening and closing ceremonies, a free fan concert in central Paris at the Champ de Mars underneath the Eiffel Tower and an interactive experience as part of the UEFA EURO 2016 Trophy Tour.

Fans can get involved by visiting http://euro2016.com/davidguetta and following the simple steps to record their part. David will take the fans recordings and mix them into his UEFA EURO 2016 anthem ‘This One’s For You’ which will be released this spring. All fans who record, will receive a unique piece of personalised artwork and be entered into a draw to win tickets to the opening game of the UEFA EURO 2016 Championships at the Stade de France and the opportunity to meet David himself. Not only that, the winner will also be a VIP guest at his free concert on the eve of the tournament at the Champ de Mars, under the Eiffel Tower.

UEFA Marketing Director Guy-Laurent Epstein said: “As one of the most followed producers on the planet, we hope that David Guetta can inspire fans from all around the World to be part of the official song. Music and football go hand in hand when it comes to celebration and enjoyment and we want the soundtrack to this EURO to be the most memorable yet. We want the fans to be at the very heart of what will be a song with great energy and a tournament with great spirit and atmosphere.”

David Guetta brings you a 30 second exclusive of the Official Song of #EURO2016!Want to be on it? Record online now: bit.ly/Guetta_EN#ThisOnesForYou

Since 2007 he is the artist of superlatives with global recognition, with 55 million fans on Facebook and 4.5 million followers on Instagram. With a sales career of 9 Million albums, 40 Million singles, 2 billion streams on Spotify, 4.3 billion official views on Youtube, he was awarded no less than 23 times by the music industry.