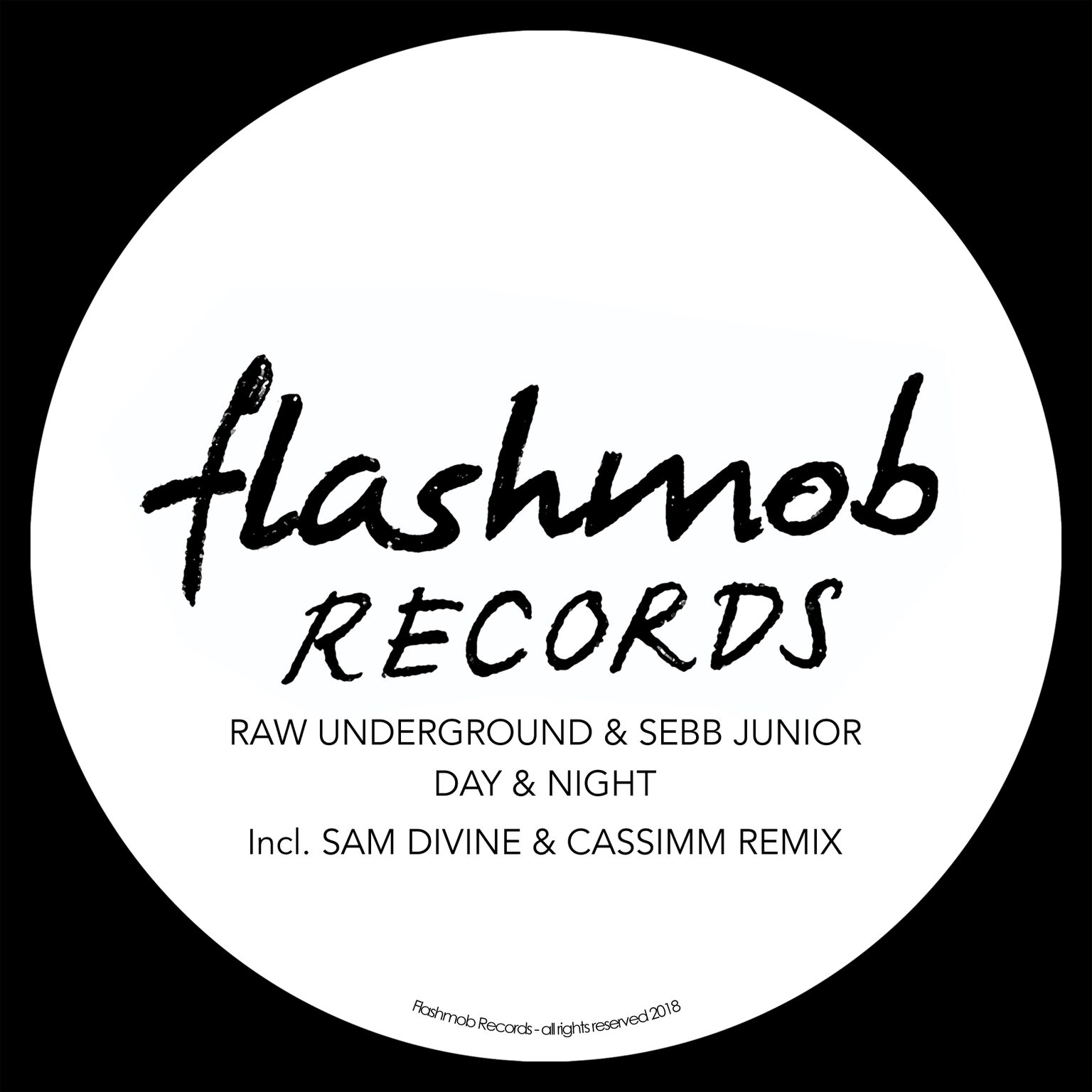 In 2017, Raw Underground and Sebb Junior teamed up for their first collaborative release on Flashmob Records – Day & Night EP. The EP featured two versions of the title-named track, an ‘underground’ edit as well as a deeper-sounding offering. Now in 2018, the two acts have returned with the original mix of ‘Day & Night’, also featuring an impressive remix from Sam Divine & Cassimm.

Kicking off this excellent two-track release is ‘Day & Night’. Like previous versions, the track’s soulful vocals are at the forefront of the track, backed by an uplifting summery piano hook and timely drum / percussion fills.

Next up, to conclude the release, UK DJ/producer and D-Vine Sounds boss Sam Divine has joined forces with fellow UK name CASSIMM to remix the aforementioned track, delivering a deep-groover that implements darker Tech House elements whilst still retaining the original’s distinctive vocals.

Day & Night is available exclusively via Beatport on March 2nd and everywhere else two weeks later.