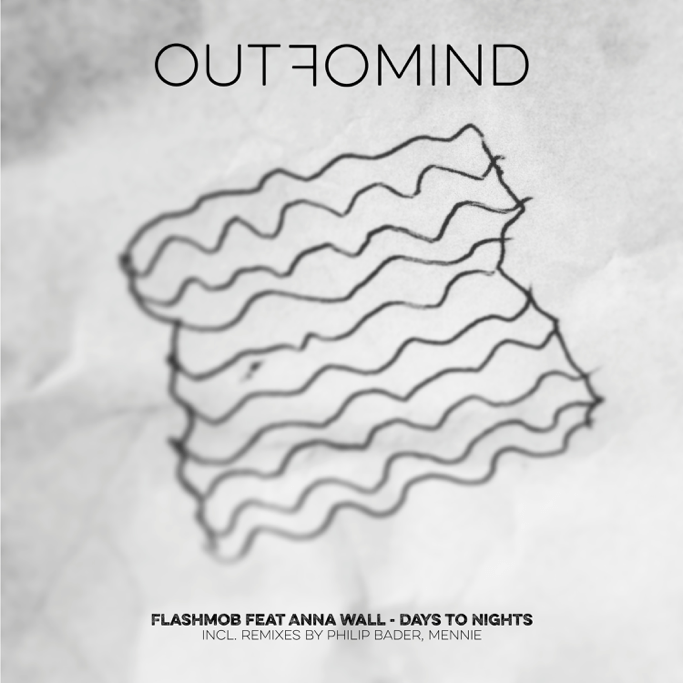 Italian producer Flashmob drops his next single on Philip Bader’s Out of Mind imprint, featuring sultry vocals from acclaimed British producer Anna Wall. The release also comes with a trio of remixes from label boss Philip Bader, Mennie, and an alternative Afterdawn mix.

No stranger to chunky basslines and upfront club rollers – Italian producer Flashmob wastes no time in setting the tone on this record – Quickly setting the pace with a thick, rolling bassline and clever high-hat interludes, the sultry vocal drops in over a range of beautifully far-away synths. British breakthrough producer and DJ Anna Wall’s deep vocal tones dance effortlessly over the tough, upfront beat with her spoken verses heightening the track’s intensity with every bar.

At home in the club as well as elsewhere this super-versatile weapon perfectly demonstrates Flashmob’s continued versatility as a producer and will no doubt become a dancefloor staple for every underground DJ from Ibiza to Miami in summer 2016.

Accompanying the original is an equally as impressive ‘Afterdawn Mix’, which keeps the vibes decidedly deep while taking the vocal to an altogether more suspenseful place. Clever use of harder synths and rolling high-hats give the afterhours feeling outlined in the title, while the driving bassline keeps the track firmly in the club.

Making the most of his extensive little black book, Flasmob called on a duo of the underground’s hottest acts for remix duties on this release. First up Out of Mind label boss Philip Bader steps up with a huge club ready roller, before Mennie drops a deeply underground take on the original to perfectly round off the remix package. Both artists keeping the release cohesive while showing their own distinctive production styles.