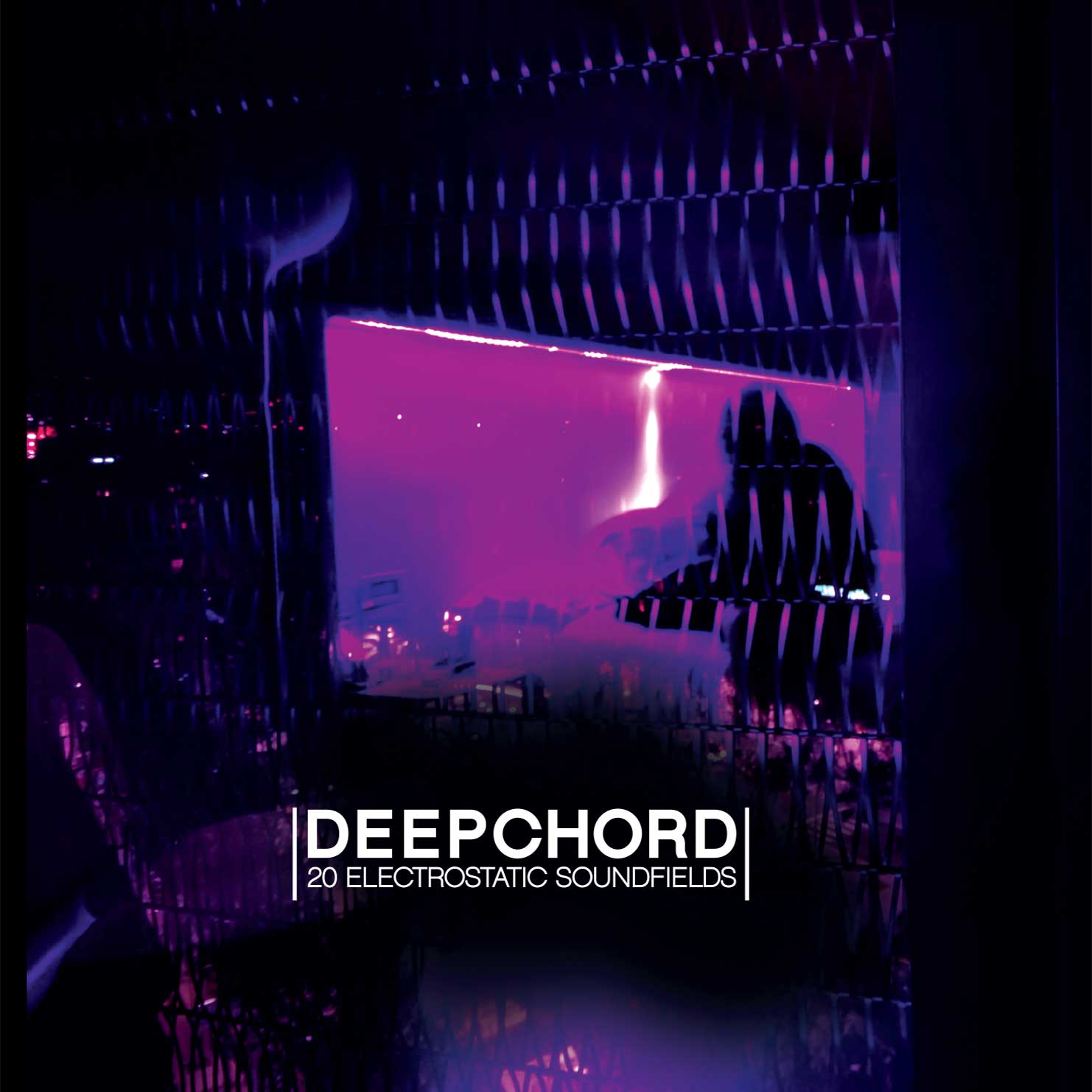 Rod Modell, aka Deepchord, returns to Soma Records with his 3rd full-length, this time exploring more ambient natures as he delivers his unique and mind melting soundscapes in ’20 Electrostatic Soundfields’.

With this album, Deepchord veers even farther away from the current trends in dance music with an assemblage of conceptual audioscapes culled from video-soundtrack and installation works made between 2008 and 2012.  This highly unusual collection contains immersive, introspective audio-sculptures more akin to musique concrète or electroacoustic music rather than dance, and exemplifies Modell’s importance of developing a new sound in lieu of following popular trends.

With some tracks clocking in at only 60-90 seconds, and practically nothing being dance-floor accessible, this album represents a truly unique electronica offering amongst the oceans of artists following a similar formulaic sound. Much of the album has an otherworldly, nocturnal feeling that would sit well in a David Lynch soundtrack. Sound collages comprised of alien-radio transmissions and Earth tones melded with lush electronic sounds and underwater atmosphere.  Modell’s usual arsenal of studio hardware supplies the tonal food, but much of that is further processed with granular synthesis and arranged with generative-music techniques. Pieces like ‘Prayer Wheel’ and ‘Seaweed’ are set into motion and left to unfold organically without interference. ‘De Wallen’ is from the Hash Bar Loops period and is a night time soundtrack for Amsterdam’s Red Light District. It audibly mimics this area’s quiet uneasiness… beautiful with undercurrents of activity not visible to the casual passer through. ‘Trompettersteeg’ is similar in feeling, with its late-night field recordings made in the streets surrounding Amsterdam’s Oude Kerk. ‘Raval’, ‘Barcelona’ and ‘Rooftop’ contain atmospheric recordings made around Barcelona’s El Raval district (a rooftop terrace on a rainy Barcelona night, recording sounds of traffic below and raindrops on an umbrella – in ‘Rooftop’).

The overall effect is darkly beautiful and ethereal. Metaphysical soundtracks from an alternate reality. A multifaceted listening experience that will reveal deeper layers with each subsequent pass. Soundfields that occupy a grey area where it’s difficult to differentiate between electronic and organic tones. Timeless easy-listening for the techno-set, and incomparable to any other music. This is truly distinctive electronica.

Prior to the release of Deepchord’s 3rd full length on Soma, there will also be a limited edition picture disc in the form of 3 track ambient piece, ‘De Wallen’. This specially crafted EP is strictly limited to one vinyl only run and features photography by Rod Modell himself.