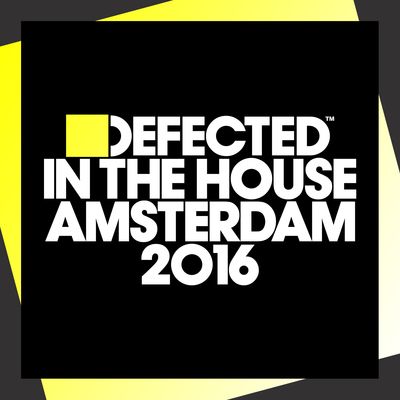 Twenty years since its inception, the Amsterdam Dance Event has become the most important date on the international electronic music community’s calendar, seeing the world’s biggest DJs, key industry heads and hundreds of thousands of clubbers descend upon the city, bringing a period of intense focus to an already well-established destination for quality dance music. The Defected In The House party at ADE is always one of the most eagerly-anticipated of the week, and Defected In The House Amsterdam 2016 offers a sneak preview of the tracks set to soundtrack the night and dominate dancefloors throughout the festival.

The Amsterdam 2016 edition maintains Defected In The House‘s pedigree as the leading house music compilation series, and is the ultimate soundtrack to this year’s Amsterdam Dance Event.