Defected In The House and DFTD at The Arches 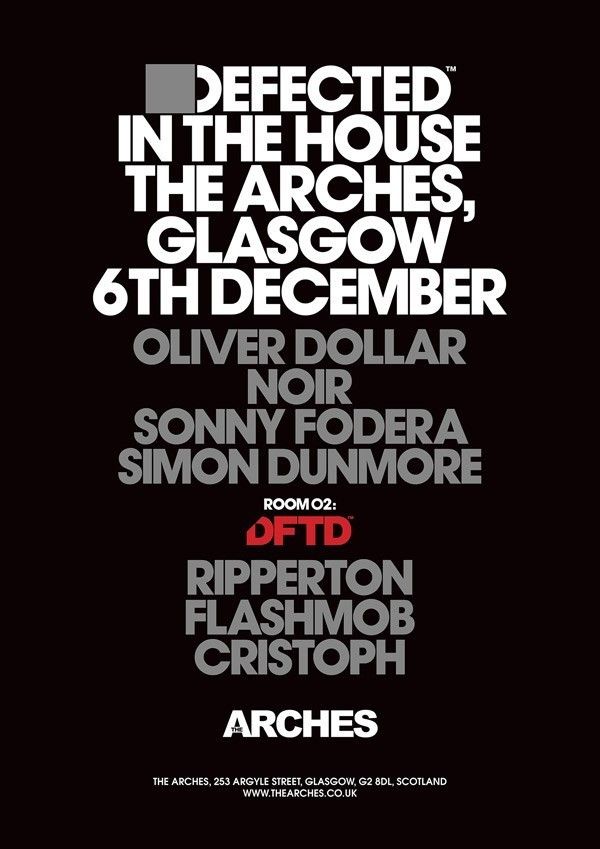 Defected In The House and DFTD at The Arches

Defected Records takes over two rooms of the infamous Glasgow nightclub this December.

First opened in 1991, the converted railway arches that make up The Arches in Glasgow’s city centre has become an iconic venue in Scotland, renowned for both the quality of its lineups and the ferocity of its parties.

On Saturday 06 December, Defected In The House and DFTD make their inaugural appearance at this celebrated venue, with an incredible array of house talent performing across two rooms.

The date at The Arches is the final stop on the DFTD Club tour, which has included sold out shows at AIR, Amsterdam, In:Motion, Bristol, and XOYO, London.

DFTD VLM02 mixed by Flashmob is out 09 November on DFTD
http://po.st/VLM02