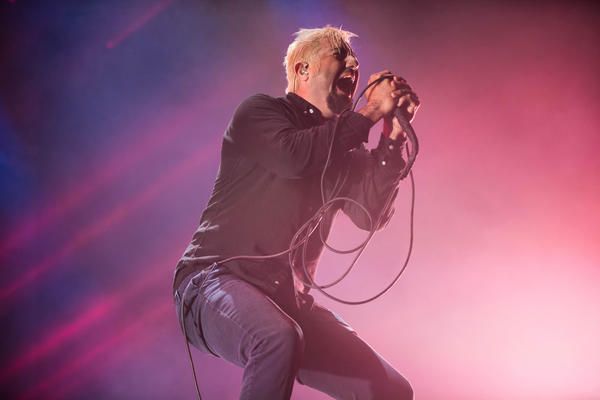 Iceland’s Secret Solstice festival has unveiled an incredibly impressive lineup this year featuring 177 acts, including Deftones who are scheduled to headline the main event. However, the alt-metal band’s lead signer will also wow a handful of guests at a hyper-special side event with an acoustic set, in what will become one of the planet’s most unique settings.

Chino Moreno has just been announced as the artist to play Secret Solstice presents Inside The Volcano, within Iceland’s Thrihnuagigur volcano on June 18th. The event will mark the first time in history an artist has performed publicly inside a volcano, which is sure to be an incredible experience for only 20 paying ticket holders.

Although there have been several live performances on top of volcanoes around the world – Hawaii and the Gran Canaria as examples – Secret Solstice’s event is a world first for being held inside a volcano, not on one. Guests will be lowered 400 feet inside the Earth, where the performance will be held inside the volcano’s dormant magma chamber.

The event sold out in mere days, even before any announcement of an artist was made. For this small number of ticket holders – all of whom are flying in to Iceland from abroad – this will surely be the performance of a lifetime, especially now with the Deftones frontman being revealed as the performer. The festival has also revealed Icelandic act Snorri Helgason will play a few tracks acoustically as well, opening the performance for Moreno.

And for those that may have some worries about being played to within a volcano, the festival says there’s very little chance of a fiery end to the gig. The last time Thrihnuagigur erupted was before humans even had a strong grasp of forging bronze, around 4,000 years ago according to geologists.

Hot off the release of their 8th studio album Gore, Chino Moreno and Deftones will be in Iceland performing for the first time ever during the summer solstice weekend, when the sun never fully sets. This epic setting will provide a stunning natural backdrop for their show, that’s sure to be a standout of the festival weekend in the small North Atlantic island nation.