Russian producers Denis First & Reznikov make their debut on Ultra Records with their new pop/dance crossover track “Taking Off,” and it’s guaranteed to fly you to a blissful place. The track delivers soaring, euphoric violin melodies combined with a gently undulating bassline and soulful feminine vocals – the formulaic grand trifecta for a summertime hit. No matter if you hear this track during a sunset show at your favorite festival or blasting on the radio while you’re cruising with the windows down, “Taking Off” is bound to bring a smile to your face and joy to your heart. The track follows Denis First & Reznikov’s recent original releases “Shameless” (on Universal/Island), “Move On” and “Empty” (both on Enhanced Music).

“The track features magic vocals and that charming sound of a violin that makes you wanna cry and dance and love at the same time. The track is already performing great on the radio – looking forward to seeing it become the next radio hit of the summer!” – Denis First & Reznikov

Denis First & Reznikov are academically trained music producers who first combined forces to make unofficial remixes of their favorite tracks. This eventually led to their first official release in 2016, which has progressed into official remixes for iconic artists such as R3HAB, Galantis, Cash Cash, Nikki Vianna, Madison Mars, Janieck and others. With the release of “Empty” and earlier tracks, the two have proved to be just as dexterous at original productions. Keep an eye out for Denis First & Reznikov as they continue to flex their talent with more new music coming soon! 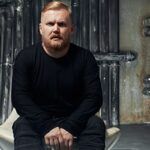