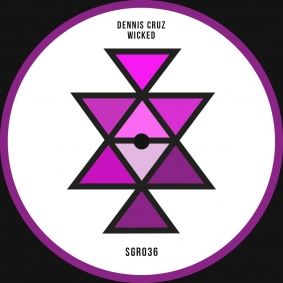 Dennis Cruz makes a long-awaited return to Solid Grooves this April as he drops his latest single ‘Wicked’.

Madrid based DJ and producer Dennis Cruz ranks amongst the industry’s leading names having quickly garnered a reputation as one of house and tech house’s most exciting talents. Never far away from the top of the charts, currently residing as the #1 selling tech house artist on Beatport of all time, Dennis’ standing within the industry has only elevated in recent years as the Spaniard has gone on to release a myriad stand-out of EP’s via the likes of Hot Creations, Moon Harbour, Crosstown Rebels and of course Solid Grooves where he features as one of the label’s core artists. With his last EP on the label released back in 2017, Cruz now heads back to Solid Grooves to deliver his latest single ‘Wicked’ to round out April.

A switch up from Cruz’s recent material, ‘Wicked’ takes cues from its title and quickly engages menacing sub bass, sharp metallic percussion and hefty kicks to form a heads down, hands up cut perfect for the peak time, in turn delivering yet another notable release to add to his ever-impressing discography.